Chuck Hagel took charge Wednesday of the Defense Department with deep budget cuts looming and Republican opponents still doubtful that he's up to the job.

He took the oath of office as Secretary of Defense at the Pentagon and was expected to address civilian and uniformed employees of the department later Wednesday morning.

"I am honored that President Obama and the Senate have entrusted me to serve our nation once again," Hagel said in a statement Tuesday. "I can think of no greater privilege than leading the brave, dedicated men and women of the Department of Defense as they perform vital missions around the globe."

Hagel promised to work closely with Congress, but he faces lingering reservations about his ability to handle the responsibilities. Shortly after the vote, Sen. Lindsey Graham said he still has serious questions about Hagel and his qualifications.

"I hope, for the sake of our own national security, he exceeds expectations," said the South Carolina Republican.

The top Republican on the Armed Services Committee, Sen. Jim Inhofe of Oklahoma, said Hagel's record on Israel, Iran, defense spending and nuclear weapons "demonstrate, in my view, a profound and troubling lack of judgment on many of the critical issues he will now be confronted with as secretary of defense."

But Inhofe promised to work with Hagel to avoid the $46 billion in automatic, across-the-board budget cuts that hit the Pentagon on Friday.

Obama alluded to the need for cooperation in his statement welcoming the vote.

The president said he was grateful to Hagel "for reminding us that when it comes to our national defense, we are not Democrats or Republicans, we are Americans, and our greatest responsibility is the security of the American people."

Among his daunting challenges are dealing with the budget cuts and deciding on troop levels in Afghanistan as the United States winds down its combat presence. He also will have to work with lawmakers who spent weeks vilifying him.

Republicans insisted that Hagel was battered and bloodied after their repeated attacks during the protracted political fight.

"He will take office with the weakest support of any defense secretary in modern history, which will make him less effective on his job," said Sen. John Cornyn of Texas, the Senate GOP's No. 2 Republican.

Not so, said Democratic Sen. Jack Reed, who pointed out that Hagel now has the title and the fight is history.

"All have to work together for the interest of the country," said Reed, D-R.I.

The vote ended one of the bitterest fights over a Cabinet choice and former senator since 1989, when the Democratic-led Senate defeated newly elected President George H.W. Bush's nomination of Republican John Tower to be defense secretary. This time, Republicans waged an unprecedented filibuster of a president's Pentagon pick and Hagel only secured the job after Republicans dropped their delay.

A 71-27 vote to end the filibuster cleared the way for Hagel's confirmation.

In the course of the rancorous nomination fight, Republicans, led by Inhofe and freshman Sen. Ted Cruz of Texas, insinuated that Hagel has a cozy relationship with Iran and received payments for speeches from extreme or radical groups. Those comments drew rebukes from Democrats and some Republicans.

Sen. Carl Levin, D-Mich., the chairman of the Armed Services Committee, dismissed the "unfair innuendoes" against Hagel and called him an "outstanding American patriot" whose background as an enlisted soldier would send a positive message to the nation's servicemen and women.

Sen. Claire McCaskill, D-Mo., questioned how the confirmation process devolved into a character assassination in which Hagel was accused of "having secret ties with our enemies."

"I sincerely hope that the practice of challenging nominations with innuendo and inference, rather than facts and figures, was an aberration and not a roadmap," she said in a statement after the vote. 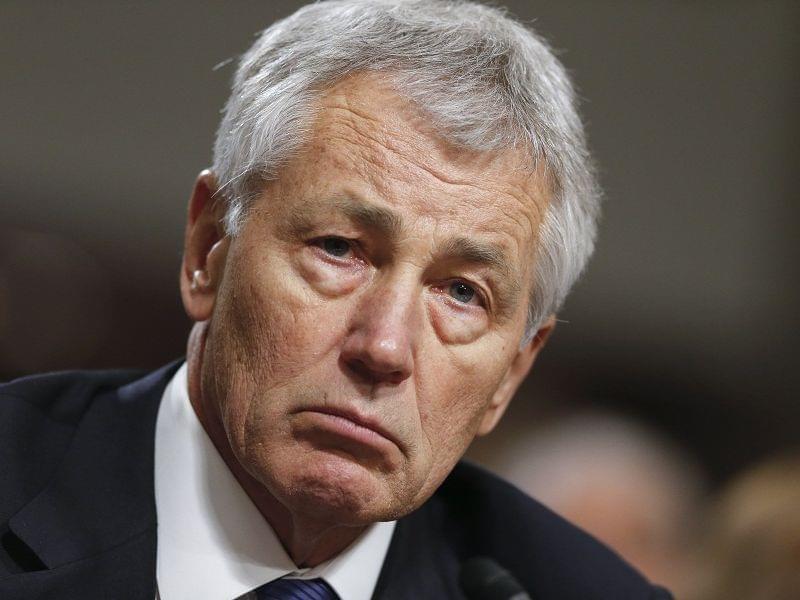