The 29-year-old ran the Champaign-Urbana route in two hours, 23 minutes and 56 seconds.

Oklahoma runner Camille Herron, whose website proclaims "Trains like a monk; lives like an animal,"  was the winner in the women's division. Her time was two hours, 45 minutes and 48 seconds.

Both winners set the second fastest times ever clocked in the five-year-old event, behind the 2012 Illinois Marathon winners, Jason Lokwatom (2:22:46) and Jackie Pirtle-Hall (2:43:52). 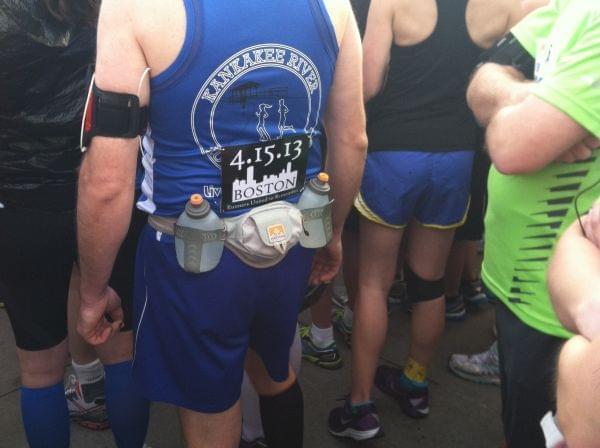 In other Illinois Marathon Events, 28-year-old Ryan Giuliano of Oakwood Hills, Illinois won the Men’s Half Marathon in 1:09:33. Meanwhile, 33-year-old Christina Johnson of Xenia, Ohio was the women’s winner at 1:18:41.

“Wow I made the local paper!” Rochus tweeted after seeing his win reported by the News-Gazette. 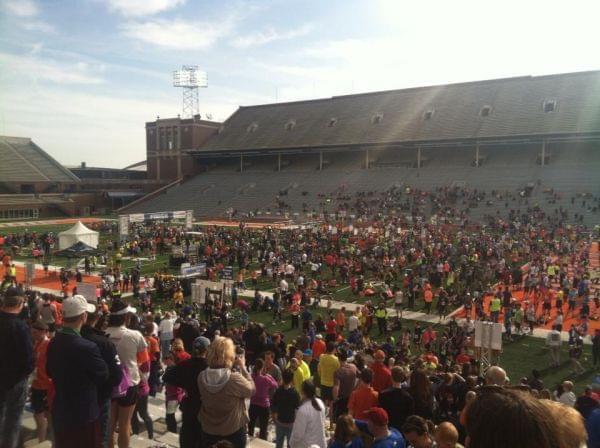 This year's Illinois Marathon featured extra security measures in the wake of the Boston Marathon bombings.

There were additional police and other personnel along the marathon route, and the public was prohibited from meeting athletes on the Memorial Stadium Field where the finish line was located, or in the area where athletes go to pick up their bags.

In another relfection of the Boston Marathon bombings, many Illinois Marathon participants wore black ribbons or other items, in tribute to the bombing victims.