Tensions are mounting in Hong Kong. Leaders of pro-democracy protesters are threatening to try to move into government buildings unless the Beijing-backed chief executive steps down.

Hong Kong police are warning of serious consequences if the protesters move from the streets.

The demonstrations have gone on for a week in the biggest challenge to Beijing's authority since China took control of the former British colony in 1997.

The timing of the news conference would be just a half-hour ahead of a midnight HK deadline that protesters have given for Leung to step down. If there is a news conference, we will update you.

Late Thursday afternoon (local time), hundreds of young protesters crowded in front of the gate to the government headquarters, spilling around the sides of the huge building and across the street.

Many donned face masks and goggles, some had gas masks and rain capes — all precautions in case police might use tear gas and pepper spray, as they did last weekend to try to disperse demonstrators.

The South China Morning Post, quoting a police source, said boxes of firearms for tear gas and rubber bullets appeared to be among the items moved into government headquarters on Thursday.

Photos that appeared on Facebook appeared to confirm that. 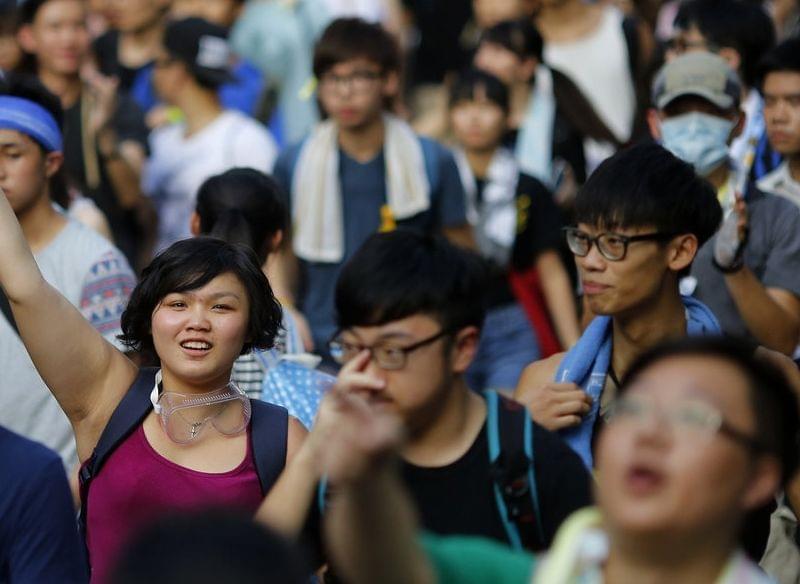