The House may vote this week to undo President Barack Obama's executive actions on immigration.

House Speaker John Boehner is telling reporters that he is ``looking at a number of options'' for responding to what he calls "a serious breach of our Constitution.''

Aides and lawmakers say the Ohio Republican indicated during a closed-door meeting with the rank and file today that the leading option is to hold a vote on a bill by Florida Republican Rep. Ted Yoho. The bill is aimed at blocking Obama from unilaterally allowing categories of unlawful immigrants to live and work in the U.S.

The move would be mostly symbolic, since Obama would certainly veto it and the Democratic-led Senate likely wouldn't go along with it.

But GOP leaders hope it would address anger among over Obama's two-week-old actions to shield some 4 million immigrants in this country illegally from deportation, and grant them work permits.

Boehner also stated during the closed-door meeting that the House would also vote this week to go on record as disapproving the president's actions on immigration.

The plan for a resolution of disapproval took shape as Homeland Security Secretary Jeh Johnson appeared before a congressional committee to defend the plans, facing withering criticism from Republicans who called it an unconstitutional executive power grab that would incite more illegal immigration. 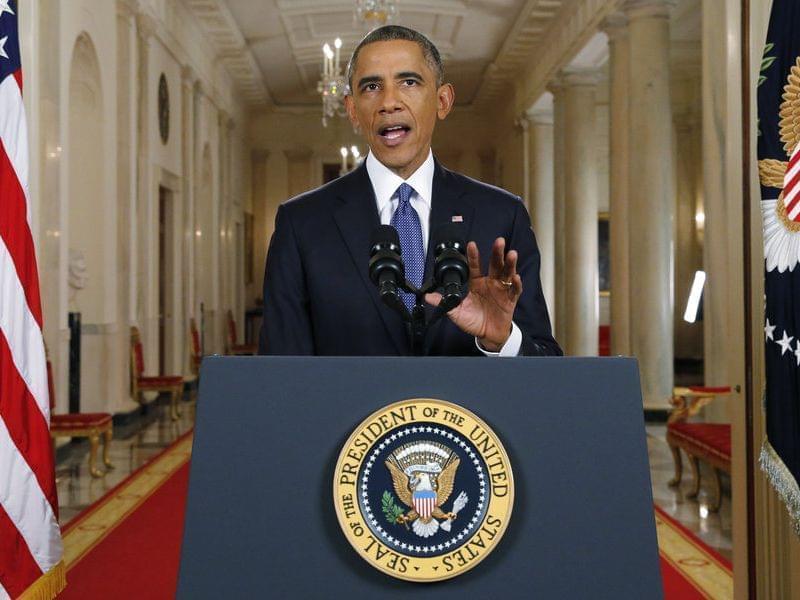 Obama Goes It Alone, Shielding Up To 5 Million Immigrants From Deportation

Obama Will Put Off Executive Actions On Immigration