Illinois state Sen. Toi Hutchinson dropped out of the race Sunday for the U.S. House seat vacated by Jesse Jackson Jr., saying that her continued candidacy risked sowing divisions among her fellow Democrats.

Hutchinson’s exit follows several weeks of attacks from opponents, including New York Mayor Michael Bloomberg, over her past opposition to tougher gun restrictions, one of the campaign’s most pressing issues leading up to the Feb. 26 Democratic primary.

While campaigning in a district that includes parts of Chicago’s South Side that have been deeply affected by gun violence, Hutchinson moderated her views, saying the December school shooting in Newtown, Conn., was what brought about her change of heart.

In a written statement Sunday, Hutchinson said she would throw her support behind Robin Kelly, a former state representative who was among those criticizing Hutchinson’s previous position on guns and questioning her genuineness in tempering her stance.

‘‘I am simply unwilling to risk playing a role going forward that could result in dividing our community at time when we need unity more than ever,’’ Hutchinson said. ‘‘In the wake of horrendous gun related crimes all across our country, I agree with Robin that we need to stand together to fight gun violence.’’

With Hutchinson’s departure, the race is down to three serious contenders in the heavily Democratic district: Kelly, Chicago Alderman Anthony Beale and former U.S. Rep. Debbie Halvorson, who lost a primary challenge to Jackson last year.

The election was triggered by Jackson’s resignation in November. Jackson faces a federal conspiracy charge for allegedly spending $750,000 in campaign money on personal expenses. He is also battling bipolar disorder. 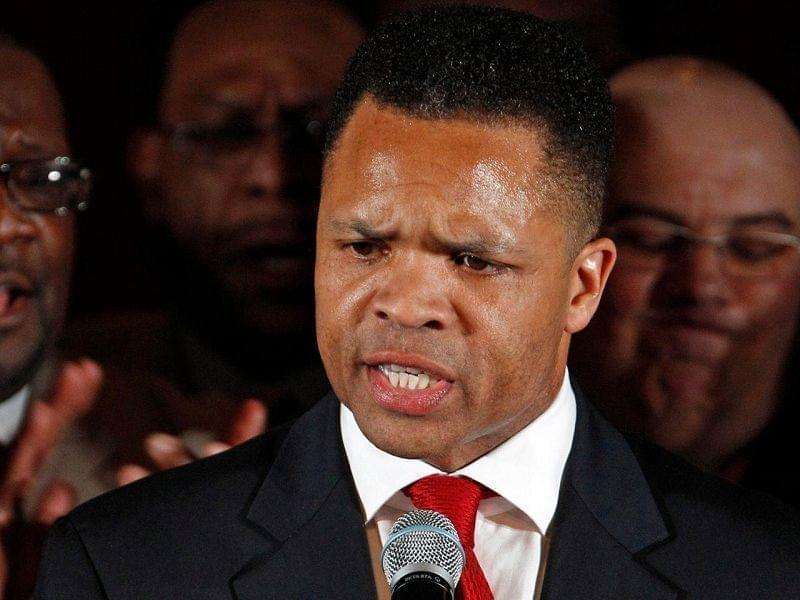