At a public hearing Tuesday night in Danville, the Illinois Environmental Protection Agency took comments from Central Illinois citizens, public officials, engineering and science experts, and environmentalists on Dynegy’s proposal to wall off the Middle Fork River near its coal ash ponds at the Vermilion Power Station.

Turnout at the event was far greater than expected by the IEPA, with some 300 members of the public filling the seats in the Mary Miller Gymnasium at Danville Area Community College. Those who signed up were allowed to address IEPA staff on their concerns about the Dynegy proposal. But even with a time limit of two minutes per speaker, the hearing lasted more than three hours.

I would encourage you...to insist that they come up with a solution to the problem that they’ve created which actually involves moving the coal ash.Cindy Shepherd, Faith in Action

3.3 million cubic yards of coal ash, left over from burning coal at the now-retired Vermilion Power Station, are stored in three water-filled impoundments adjacent to the Middle Fork. Toxic chemicals and heavy metals from the ash have been found in groundwater at the site, and entering the river through groundwater seeps in the riverbank. The IEPA has referred two violation notices against Dynegy to the Illinois Attorney General for enforcement action.

Dynegy is seeking what’s known as a water quality certification under Section 401 of the Clean Water Act. The certification by the IEPA is required before other agencies can approve Dynegy’s construction permit for riverbank stabilization along a one-third mile section of the Middle Fork.

At the beginning of last night’s event, hearing officer Dean Studer explained that public comments should only address the impact of the Dynegy plan on water quality and recreation on the Middle Fork River, and not the coal ash ponds.

“The purpose of tonight’s hearing is to obtain comments on the water quality as related to the proposed riverbank stabilization project. Should comments begin to drift away from this water quality certification, I may interrupt and ask the speaker to move to their next relevant issue,” Studer said. “Ash impoundment closure actions are a subject matter for the enforcement case, and are not the focus of tonight’s hearing.”

But speaker after speaker insisted that the impact on the river can’t be separated from the presence of the coal ash ponds ash within feet of the riverbank.

Cindy Shepherd from Faith in Place summed up a theme voiced by nearly all of the 46 people who spoke.

“I would encourage you to please deny the certification that Dynegy is asking for and to insist that they come up with a solution to the problem that they’ve created,” she said, “which actually involves moving the coal ash.”

Before the hearing got started, opponents of the Dynegy plan held a rally in front of the gymnasium. Clark Bullard, a professor of mechanical engineering at the University of Illinois and board member of the Prairie Rivers Network, said the turnout showed how many people care about the Middle Fork River for many different reasons.

“Some because they grew up on the river, others because they care about the economic impact on Danville and Vermilion County, others because of environmental concerns, others because they understand rivers and how foolish it is to expect that you can put rocks between a river and where it wants to go,” Bullard said. “There’s just a lot of common sense coming from hundreds of different directions.”

Speakers ignored instructions to restrict their comments to the water quality certification, and the audience applauded enthusiastically at various statements. Hearing Officer Studer occasionally interrupted to restate the hearing rules, but otherwise allowed the comments to continue.

But he also noted the range of expertise represented by the speakers, which included river geologists, structural and water resource engineers, conservationists and ecologists, biology researchers, and toxicologists, in addition to state and local officials, area residents, kayakers, fishermen, and other river sports enthusiasts.

“It has been very useful tonight, and I am very impressed with the people that have very well articulated their comments,” he said, “and that’s what the process is about, and we’re glad for the turnout.

The IEPA will continue accepting written comments about the Dynegy proposal until April 25, 2019. Comments can be emailed to epa.publichearingcom@illinois.gov, or mailed to: 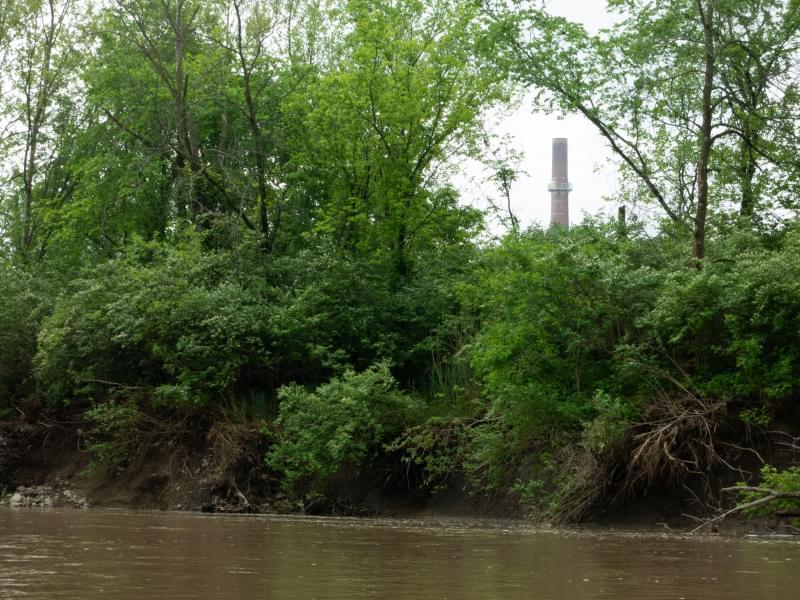