Illinois lawmakers are considering amending the state's new concealed carry legislation.  Lee Enterprises newspapers reports a series of changes are already being introduced in Springfield, even though the first concealed carry permits haven't been issued.

Some of the proposals would make it easier to get a permit, while others would expand the list of locations where people would be allowed to carry weapons.  Others would tighten restrictions.

State Rep. Bill Mitchell (R-Forsyth) wants to cut the number of required training hours in half for people who want a concealed carry permit.

But a  chief sponsor of the original legislation says it's too early to tweak the law. 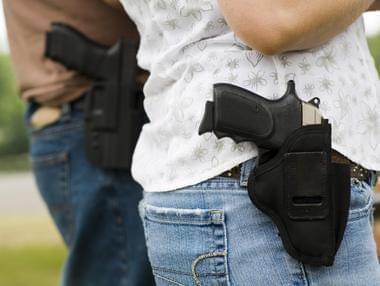 Concealed Carry for the Blind or Visually Impaired?