Illinois used a combination of three-pointers, mid-range shots and dunks to grab a 30-to-15 lead before going scoreless for the last ten minutes of the first half.

Normal U-High grad Keita Bates-Diop led Ohio State with 35 points and 13 rebounds.  He said the Buckeyes were able to shut down Illini scoring by switching defenses to take away the corners.

It was a one possession game with a minute to play, but by that point Illinois had no rebounding left on the court. Forwards Leron Black and Kipper Nichols had both fouled out.

Illini coach Brad Underwood was distraught by what he described as their "senseless fouls."

“Those fouls add up, and we need those guys on the court”, said Underwood.,

Dayton native Mark Alstork led Illinois with 19 points in his first live action in his home state since joining the Illini.  Trent Frazier added a dozen points for the Illini. Black and Nichols each scored nine.

Jae'Sean Tate scored 11 points for the Buckeyes. Kaleb Wesson contributed ten points and ten rebounds. For the game, the Buckeyes out-rebounded Illinois by a 45-to-22 margin.  The Buckeyes played without starter Kam Williams, who was suspended for violating team rules.

The Illini return to action Thursday in Champaign when they host Wisconsin.  That game tips at 8 pm. 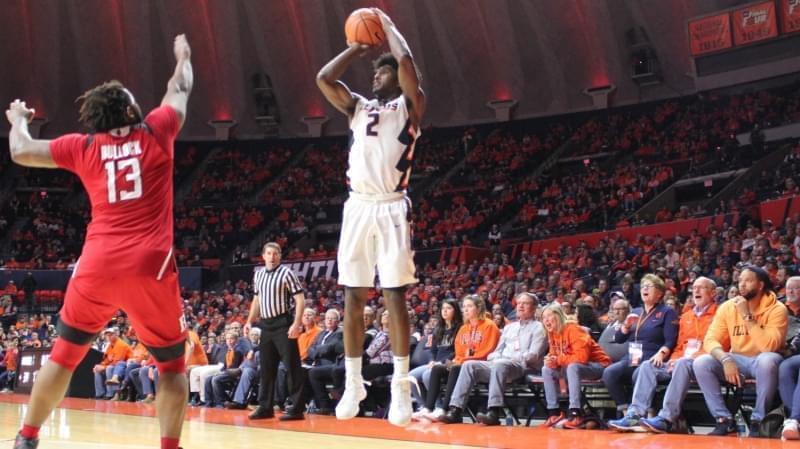