Mark Donnal had 26 points, nine rebounds and three blocks - all career highs - and Caris LeVert scored 22 with a career-best tying 10 assists to help Michigan beat Illinois 78-68 Wednesday in the Big Ten opener for both teams.

LeVert scored the first nine points for the Wolverines (11-3), who have won five in a row.  Kendrick Nunn scored 23 points to lead the Illini (8-6). Jalen Coleman-Lands added 13.

Coleman-Lands hit a 3 to close the first half and give Illinois a 37-34 lead at the break.

Donnal scored seven during a 9-2 run to open the second half that put the Wolverines in front for good.

Coach John Groce says problems have persisted at some point during the second half much of the season.  He says his players weren't 'locked in' for 40 minutes, as he felt they were during the recent win over Missouri.

Nunn made a layup to pull Illinois within two with 13:48 left, but Michigan's Zak Irvin answered with a 3-pointer that sparked a 13-2 spurt and made it 61-48 about four minutes later and held off the Illini thereon. 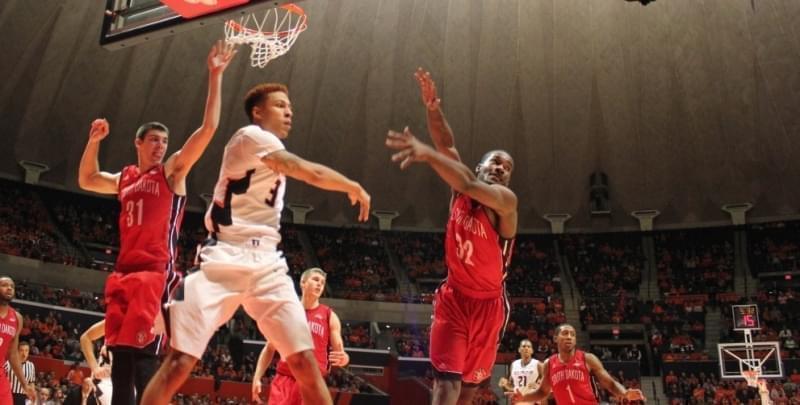