Yesterday’s “I voted” sticker is today’s ballot selfie. But some voters last fall found out Illinois makes it illegal to take a selfie with your ballot. Lawmakers are trying to change that, inspired by the young people who simply wanted to share their fulfillment of their civic duty on social media.

Amanda Sunley is a sophomore at New Berlin High School. She says she probably wouldn’t take a selfie at the voting booth.

“I just think it’s like your own business like when you’re voting, and you shouldn’t take pictures and talk about it as soon as you vote,” she said.

But as of now, less humble Illinois voters could be charged with a felony. The reason for the law is to prevent vote-buying schemes; individuals could use pictures of their ballot as proof they held their end of the bargain.

It’s not the only new legislation aimed at young voters. State Rep. Deb Conroy (D-Villa Park) has introduced a proposal that would allow 16- and 17-year-olds to pre-register to vote.

Another New Berlin student, Junior Erin Lakamp, says that makes sense to her.

“Yeah I think it’s a good idea, especially if they bring it into schools. Kids can get it over with and done with. Especially those kids whose parents don’t really push them to vote, or don’t really know how to do that because they don’t get outside help, it’ll be really easy through the school to do it.”

The legislation has support from Democrats and the Cook County’s top election official. But officials elsewhere worry it could cause logistical headaches since many 18-year-olds move away after high school.

Rep. Conroy said in an email statement that she’s still working on bringing Republicans on board. 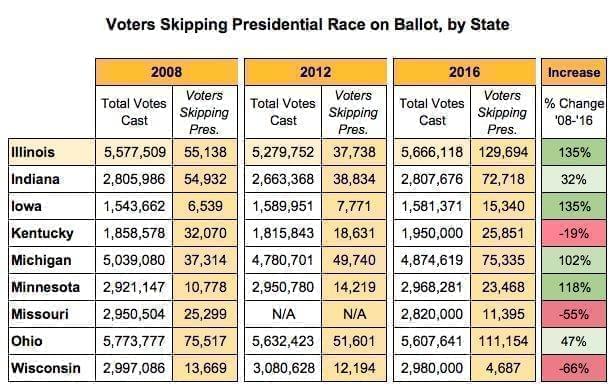 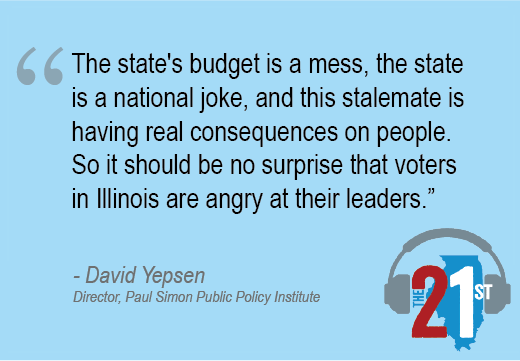 Thousands Head To Polls On First Day Of Early Voting