The Illini men held a 13 point lead with under 12 minutes to go, but lost at Michigan in overtime Tuesday afternoon, by a final score of 73 to 65.

”At the end of the day, I look at the stat sheet, and it’s exactly what I expected or hoped for, except for one thing”, said Groce. “And that’s the young man who has shot eleven total three’s on the season coming into the game, going six for seven.  And he got on quite a roll. And I thought he was really the difference in the game.”

Dawkins led all scorers with 20 points, 17 of them after halftime.

Malcolm Hill led Illinois with 19 points. He credited the Wolverines for their perseverance.

“They hit a lot of tough three’s late”, said Hill of the Michigan team. “Because the shots weren’t going in for them earlier. And they kept shooting the ball, and they ended up falling (in) for them. So give credit to them.”

Tuesday’s game was the Big Ten opener for both teams this season. Illinois drops to 10-and-4 overall. Michigan is now 8-and-5. The Illini return to action Saturday afternoon at Ohio State. 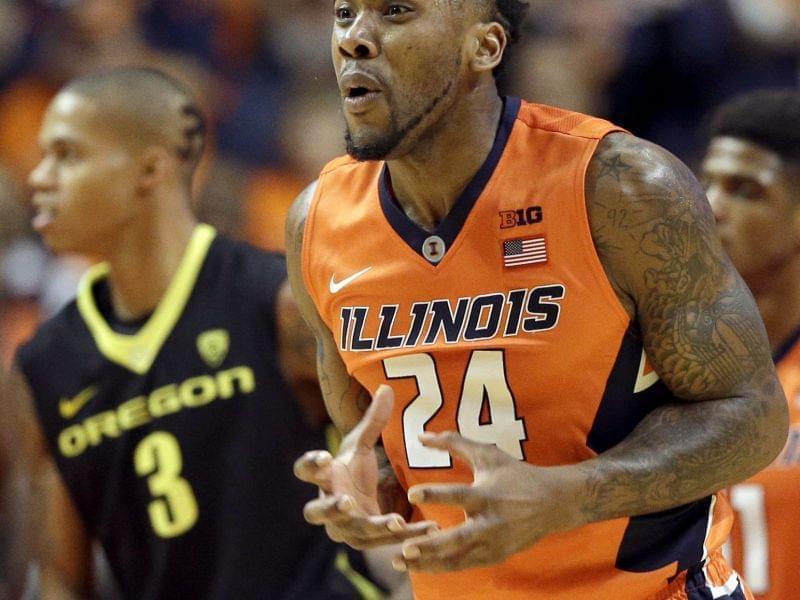 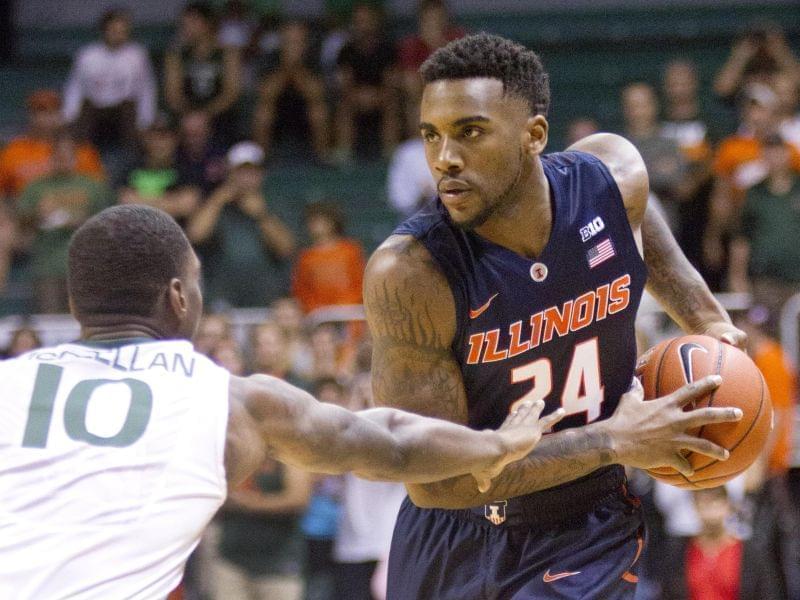 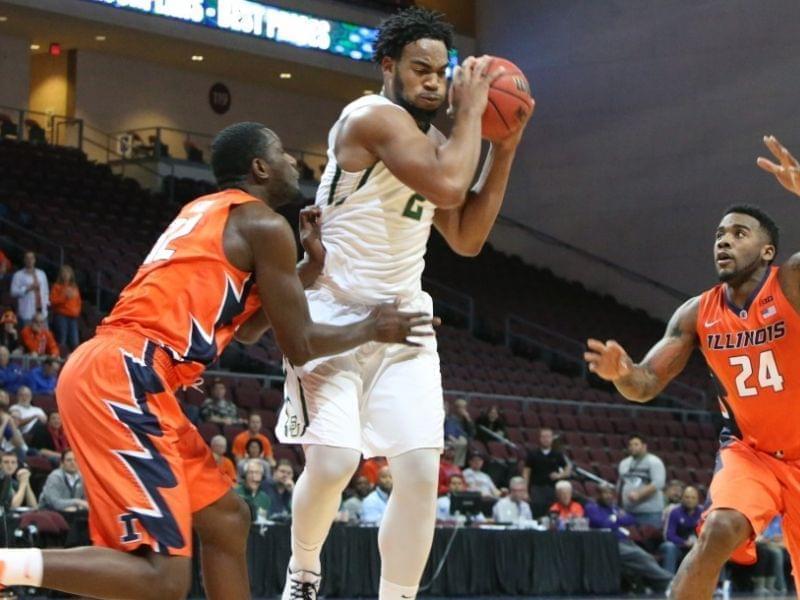 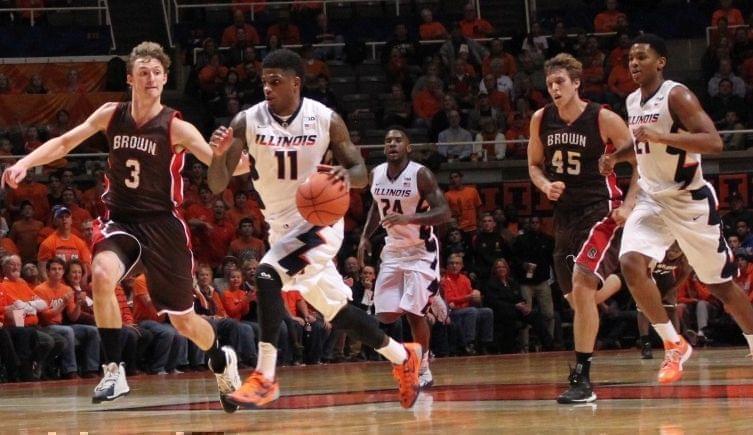 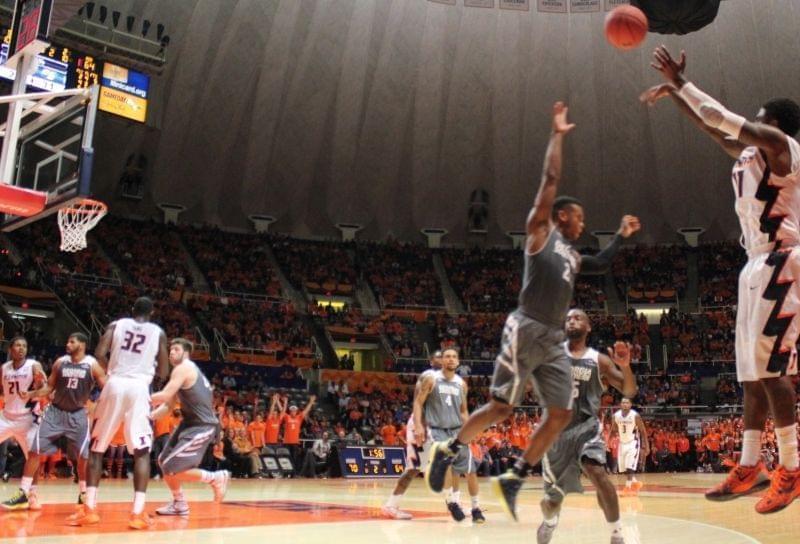