In Mexico, New Groups Offer Aid To A Young Generation Of Deported DREAMers

A new generation of migrants is arriving in Mexico: young adults who were born in Mexico, raised in the United States and are now returning — some voluntarily, some by force — to the country of their birth. They've been dubbed "Generation 1.5."

With only limited support available from the Mexican government for these often well-educated returnees, several nongovernmental organizations and at least one private company are looking to help them out and take advantage of their skills.

At the start-up Hola Code in Mexico City, 20 or so young people in a conference room pepper their instructor with questions about coding and finding jobs in Mexico's software industry. Their queries flicker between Spanish and English. "How long does the whole interview process take? What do they ask you?" 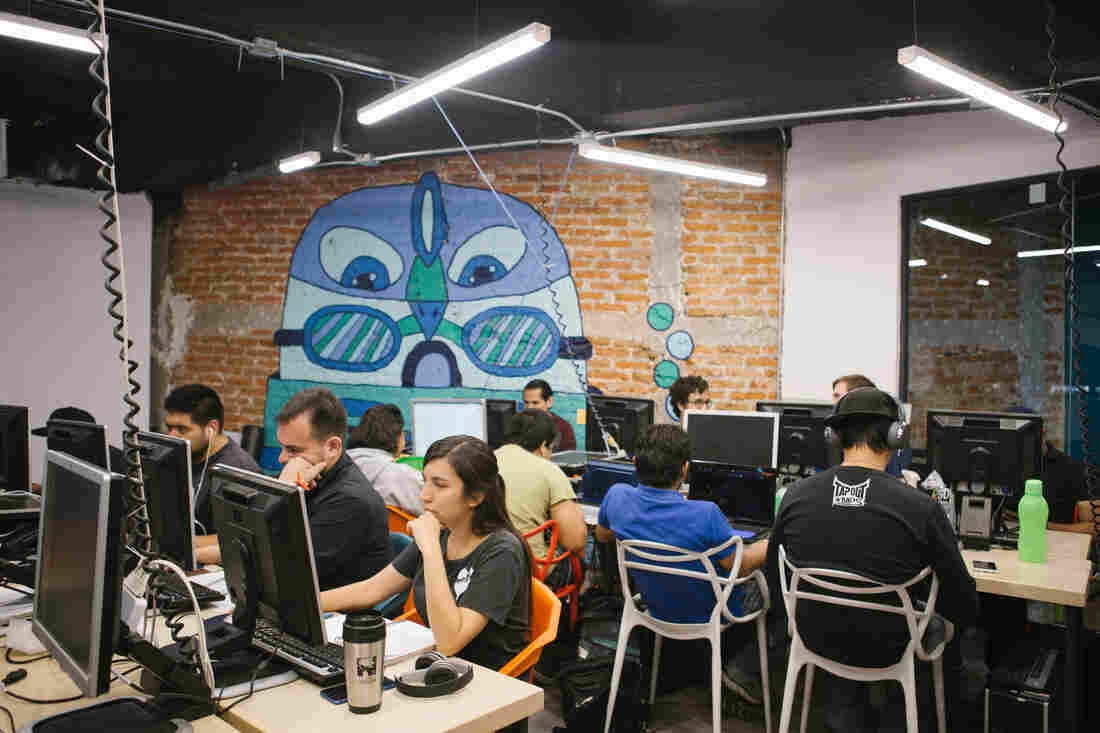 Students work on their final thesis at Hola Code on May 13. Hola Code is a software engineering program focused on integrating former migrants who returned or were deported to Mexico. Alicia Vera for NPR 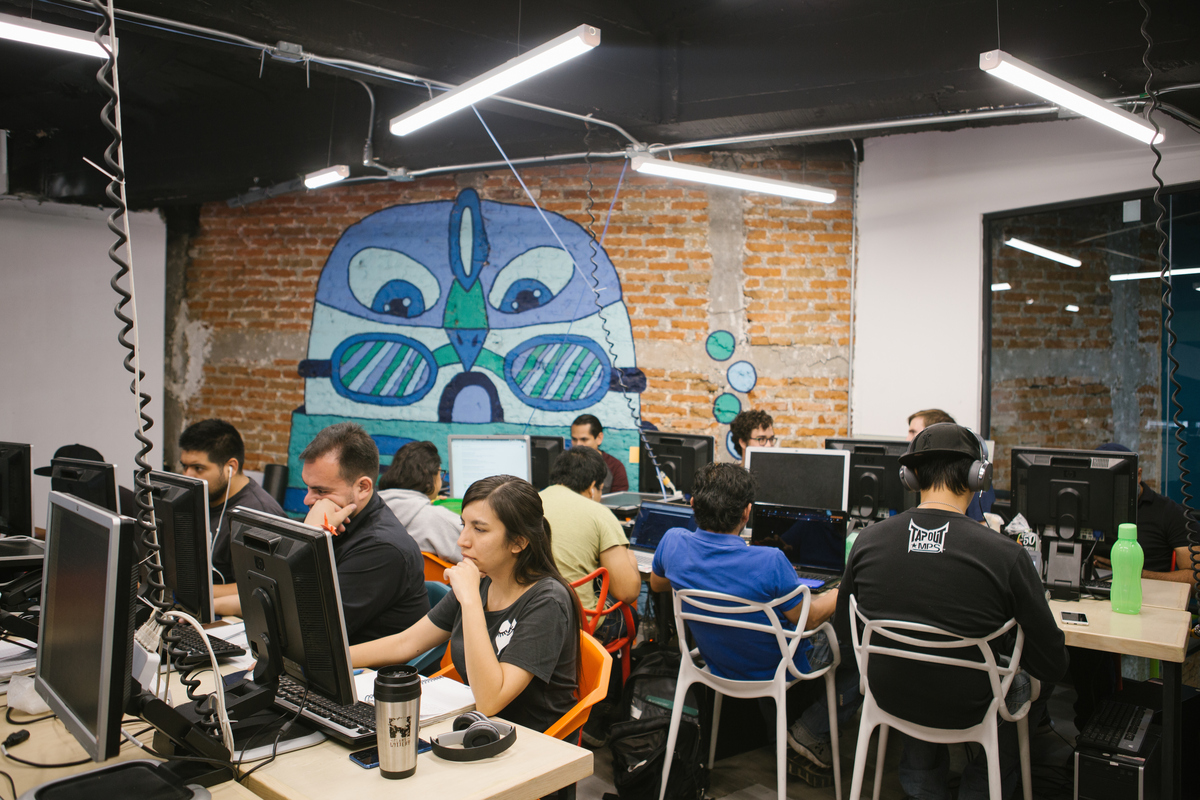 These students are former migrants who have been deported or who returned voluntarily and hope to turn their U.S. experience into a tech career. Among them are several DREAMers — young people who were brought to the U.S. illegally as children and later protected from deportation by the Obama administration's Deferred Action for Childhood Arrivals program, or DACA. The Trump administration tried to cancel DACA in 2017, but that effort is being challenged in the courts. Still, under President Trump, DACA protection has become much more precarious.

Marcela Torres, the CEO of Hola Code, says she founded the company in 2017 when she saw that the Mexican government wasn't doing enough to assist returnees, many of whom could barely speak Spanish.

"The brutality of arriving to a country that you don't know and it's supposed to be your home and it's not ready for you is incredible," says Torres. "And the amount of people coming back is also very large to the extent that if Mexico doesn't do something about this, it's going to be an entire generation that gets lost." 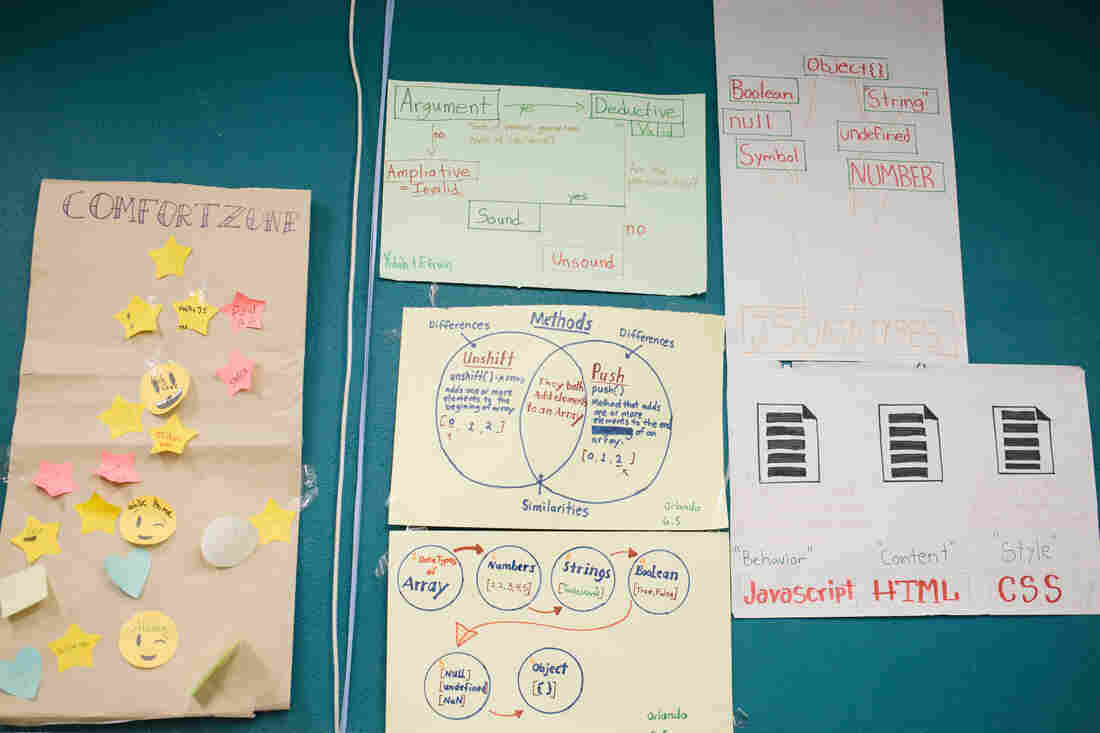 Programming signs hang on the walls of Hola Code. Alicia Vera for NPR

In response to the growing number of returnees, the Mexican government in 2014 launched a program called Somos Mexicanos aimed at helping returning migrants integrate into Mexican society, offering things like health services, phone access and local transportation, but critics say the program has been ineffective and underfunded.

In addition to software training, Hola Code provides meals, banking services, yoga classes and mental health support during its five-month program. Students don't pay for classes until they land a job, often with one of the company's 116 hiring partners. In the coming weeks, about 100 students will have completed training with Hola Code, according to Torres.

Torres says her start-up is meant to help anchor new arrivals. These binational migrants, she points out, often describe themselves as de aquí y allá — "from here and there," the U.S. and Mexico. But, she adds, they can also feel like they are neither from here nor from there.

Mexico needs these new arrivals, says Torres, noting that thousands of tech jobs go unfilled because of a lack of qualified applicants. 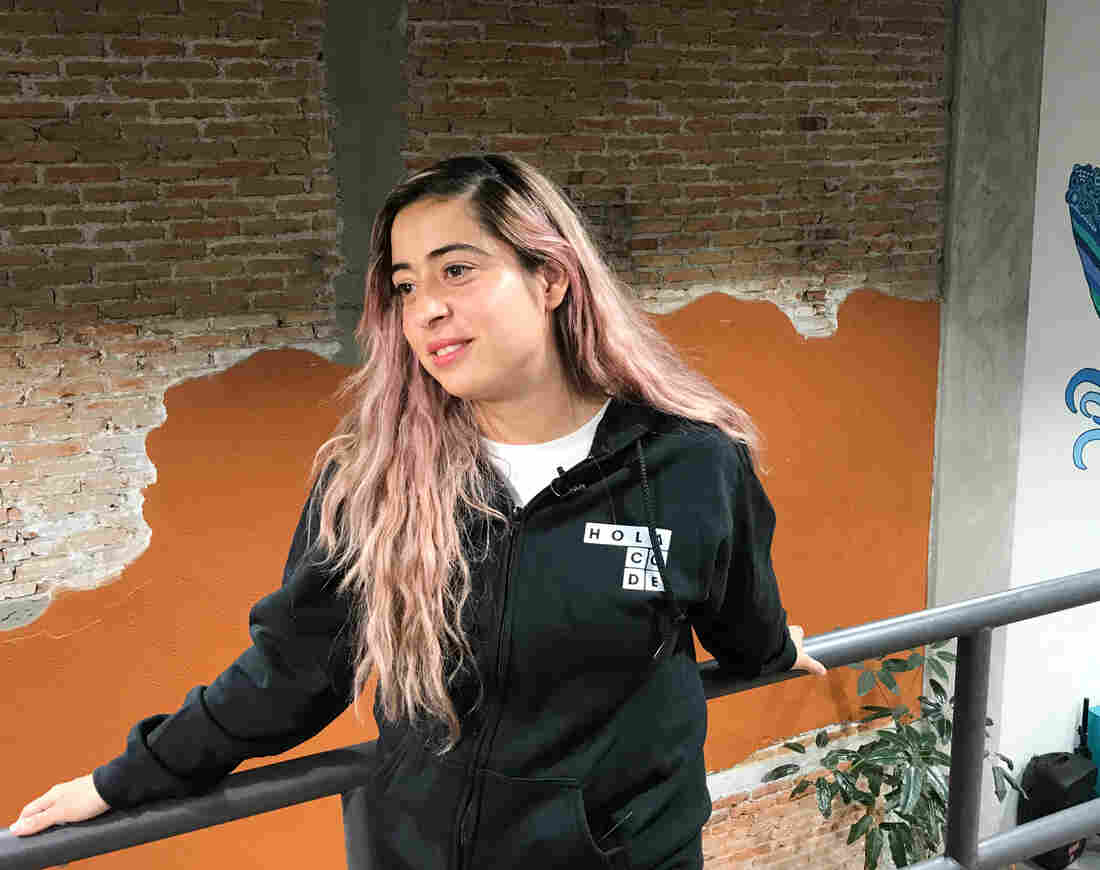 Claudio Gage is in the finals weeks of his Hola Code course. He's a 26-year-old with a hipster beard and a penchant for the word "dude." He came to the U.S. illegally with his parents when he was 12 and has a degree in science and human biology from the University of California, San Diego, where he worked as a researcher after graduation.

Gage says he enjoyed DACA protection until a few nights before Christmas in 2017, when he popped across the border into Tijuana to have dinner with friends, as he often did. On the way back, he says, he was stopped, questioned and denied reentry by a border agent.

"They told us, 'Well, new Trump policy — your visa's going to get canceled," Gage says.

Gage says the border agent made it all up. U.S. Customs and Border Protection says that when Gage presented himself at the border, CBP officers determined that he was out of status for his visa and it was canceled.

Gage's lawyer told him that border agents have complete autonomy to deny entry for any reason and that he had simply been unlucky.

Suddenly in need of an income, including money to pay for his diabetes medication, Gage moved to Mexico City. At first, he tried the job that many English-speaking migrants take upon arrival — a job at an international call center. He says it was mind numbing. Then he became a bike messenger. The pay was better, but with the Mexico City traffic and his lack of insurance, it did not seem like a good career move. Then one day a friend from the U.S. came for a visit.

"We were talking, and he was like, 'Hey, dude, I heard about this program, Hola Code. The info session is tomorrow night. Let's go visit it.' And I read about the program, and I was like, 'This is too good to be true.' And I was like, 'There are other people like me that have gone through the same, and, well, these guys are already getting tech jobs. Like, wow, I cannot let this go.' "

Andrea Bautista agrees with Hola Code's Torres that Mexico is not doing enough to help people like Gage. A researcher at the Colegio de México who studies migration, she says the returnees have trouble accessing the necessary documents to get basic services like education and health care and so end up undocumented in their home country too.

"Having these people come back who have this profile and level of education ... we don't know how to deal with them or integrate them," says Bautista. "And that's the problem — a lot remains to be done to get them into the system ... and to take advantage of their abilities."

Mexico is already feeling the influence of these returnees. In the heart of Mexico City is a new community that has come to be known as Little LA. It's a part of the city where many call centers are located and English-speaking workers congregate at food stalls featuring Tex-Mex cuisine that offers a taste of home.

Mauricio Lopez, a former DREAMer himself, says Little LA has become a refuge for members of Generation 1.5, who often feel like they don't quite fit in. Lopez moved to Mexico in 2017 after growing tired of living with the fear that everything would be taken away from him under the Trump administration.

"Trump, he was the one who basically initiated all this, because as a community, we cannot just stand there and watch our people being discriminated, treated like animals," says Lopez.

He now works at New Comienzos, or New Beginnings, an organization that helps the returnee population. He says people like him back in the States, worried about their immigration status, are reaching out.

"They contact us all the time. 'Hey, I'm thinking of going back to Mexico. What do you have there?' " 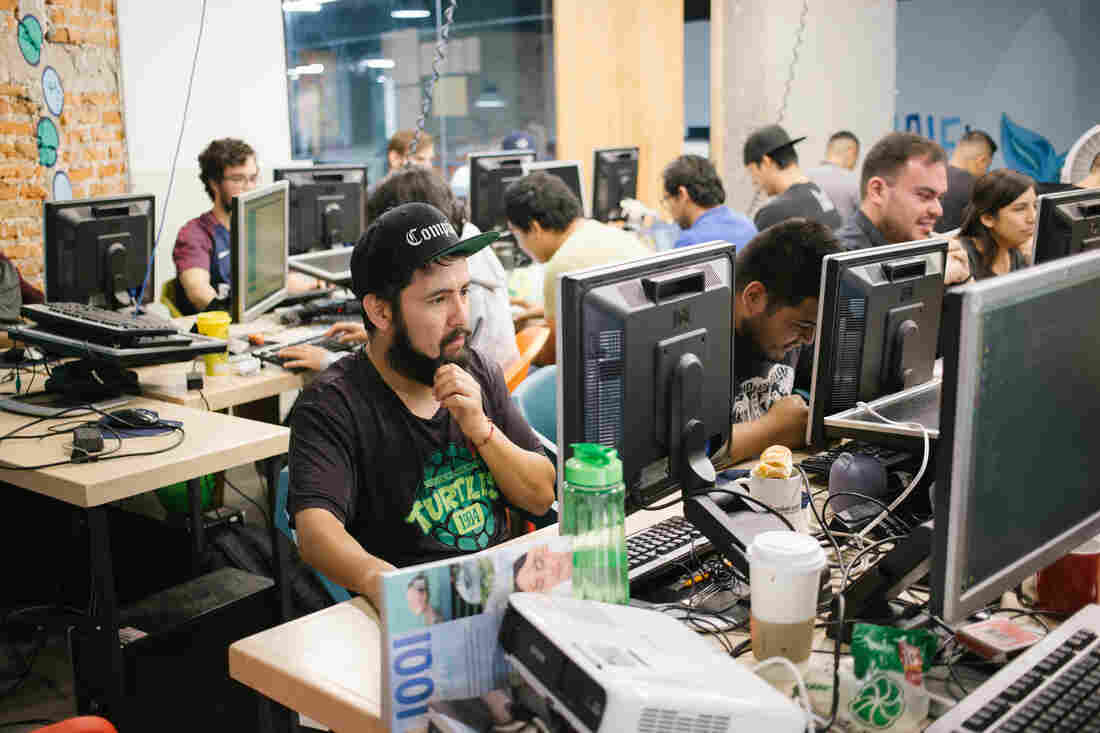 Students work on their final thesis at Hola Code.
Alicia Vera for NPR

Back at Hola Code, Gage will soon be graduating from the program, and he's thinking about his future, maybe even starting his own business. Like other members of Generation 1.5, he's hoping Mexico can find a place for him.

"I want to do my best always. I think that's the most valuable thing any DREAMer, any migrant, has, because if you see anyone who goes to the States, [it's] because they want a better life," says Gage. "I think that sense is something that's part of you, and I want to do something great with it."

This story was produced as part of a collaboration with PBS NewsHour.