Indiana Gov. Mike Pence's office is telling state agencies act as if no gay marriages had been performed during three days following a federal court order.

The memo from the governor's chief counsel tells executive branch agencies to execute their functions as though the June 25 court order had not been issued.

A federal judge in Indianapolis struck down the state's gay marriage ban as unconstitutional that day, leading to hundreds of same-sex marriages around the state.

But an appeals court stayed that ruling three days later after an appeal from the state attorney general's office.

The governor's office told agencies to recognize the out-of-state marriage of Amy Sandler and Nikole Quasney of Munster, in line with the appellate court order. Quasney is dying of ovarian cancer. 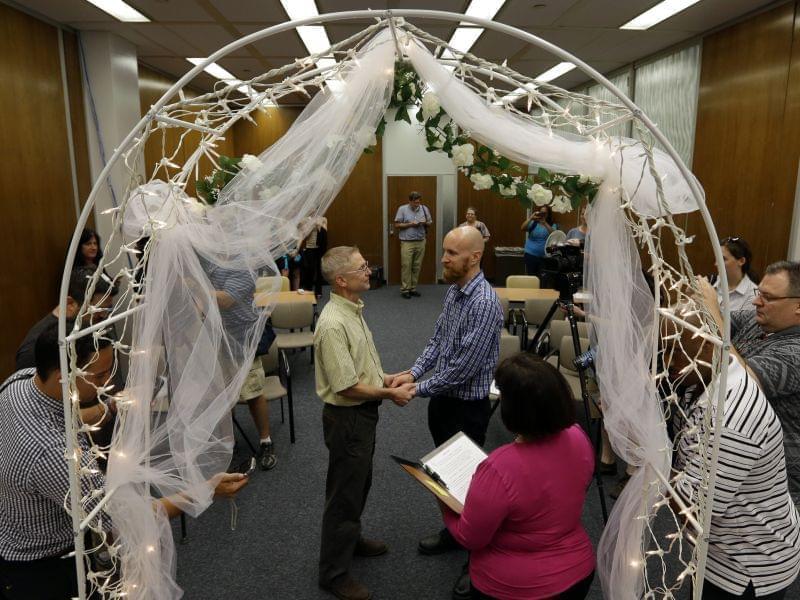