With just weeks to go, much attention is given to the 2016 presidential election in the United States. But a look back in time reveals some topics were very similar on the road to the White House in 1960.

On Oct. 25, 1959, then-Massachusetts Sen. John F. Kennedy visited a luncheon rally of Democratic committeemen in DeKalb County. Later, he made remarks before more than a thousand people at the Egyptian Theater in downtown DeKalb.

DeKalb County Democratic Chairwoman Dorothy O’Brien introduced the author of Profiles in Courage to the community, which favored Republican candidates.

“For a Democrat so prominent to come to DeKalb County, Ill., he certainly should be entered in Profiles in Courage," she said, her jest answered with laughter.

Alex Nerad, Executive Director of the Egyptian Theater, says a donated recorded copy of the 18-minute speech will be played on the same day as the original speech.

Nerad says elements of the 1959 remarks are timeless.

“So many of the same talking points are still being used today," he said. "It’s amusing to hear him talk about his assumptions of what the United States is going to be like in 2000 and how other super powers around the world are going to be acting. It’s really cool, besides from the nostalgic factor of having a recording of Kennedy speaking on our stage.”

Kennedy offered this thought on the broader duty of political parties: “Both political parties have a responsibility as they face the 1960 election. It’s not enough, in other words, for us to be politically successful; it seems to me what is essential is that during that election we discuss in a realistic way the hard facts of existence in the coming world.”

And he addressed the space race and economic battles among nations: “You cannot help but feel that the power and prestige of the United States has declined during the last seven years in relation to that of the Soviet Union and the Chinese. We cannot accept being second best to the moon, or unable to decide how we are going to deal with agricultural surpluses, which in effect of course, are a great national asset.”

Late into the speech, Kennedy accuses the country of going soft: “What is happening to us as a nation? Profits are up, but so are the sale of tranquilizers and the number of children dropping out of school. We are unafraid, in danger of losing something solid at the core. We are in need of that pioneer and pilgrim spirit which built this country of ours. We take for granted our security, our liberty, and our future when we cannot take any of them for granted.”

Nerad says the visit shows even a small town can play an important role in national politics.

"I think sometimes small towns across America feel like they either get left out or they are not as important," he said. "So it was a big deal to have then-Senator Kennedy come to DeKalb and speak to a county that was primarily Republican and very conservative at that time. For him to get a full house, a packed house, here at the Egyptian Theater at that time was pretty impressive, and it was pretty impressive for him to come and visit the area. It helps shed some light on the fact that politics do affect all of us."

The audio will be played along with visuals. Speech historian Jim Gibbons will then offer a presentation on the life of John F. Kennedy.

More information on the event is available at the Egyptian Theater website. 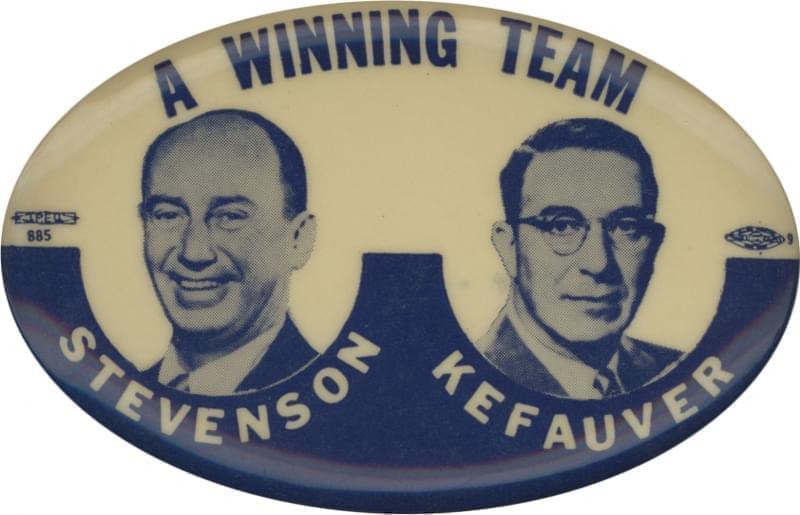