Twenty years ago, Adam Kinzinger was a college kid navigating the politics of the McLean County Board, pushing for fiscal discipline, evening meeting times, and merging the Bloomington Election Commission into the county clerk’s office.

Now, the 41-year-old congressman is everywhere. He’s a regular fixture on cable news and even NPR. His national profile has grown considerably in the past year.

“There’s nobody who really espouses the Republican, conservative message as well as my friend Adam does,” added Davis, who supported Kinzinger’s first congressional campaign in 2010, when he defeated one-term Democrat Debbie Halvorson.

Kinzinger’s been considered a rising star since he first entered politics, winning his County Board seat at age 20 while still an Illinois State University student.

Today, he’s a regular on CNN, MSNBC, and Fox News. The media often turns to Kinzinger on foreign policy and military affairs, given his background. He sits on the House Foreign Affairs Committee, is a veteran, and still serves as a lieutenant colonel in the Air National Guard.

“Congressman Kinzinger kind of stepped into that void. They were looking for someone—the media and others—a leader who knows what he’s talking about, to speak on their big issues. He seems to have stepped into that role,” Brady said.

Kinzinger has also been more willing to break with President Donald Trump—or even criticize him publicly—than other House Republicans. Kinzinger did not support Trump during the 2016 election.

Here he is with S.E. Cupp on CNN after Trump said he’d take information that might help his campaign from a foreign government—even though that would be illegal:

Cupp: Trump has faced very little rebuke from Republicans in Congress over saying his FBI director was wrong, for saying he’d take that illegal information. … When are Republicans going to step in and make sure this doesn’t happen?

Kinzinger: If you talk to them all privately, we all agree …

Cupp: What good does privately do?

Kinzinger: I agree. But here’s the issue I’m getting at. Every day there’s a new outrage. About 70% of them aren’t any Trump’s doing. I think it’s stuff taken out of context. When it comes to this information, for instance, I took a little bit of time to see this set in context before making a comment on it. And my comment is, you can’t take foreign information from a foreign government.

“That represents his district well. That’s what his district wants. People expect him to support the president on issues that are consistent with conservative beliefs. But when he steps out of those beliefs or gets out of line, someone needs to point it out. And give credit to Congressman Kinzinger: He’s had the courage to do that,” Brady said.

Kinzinger’s frequent CNN appearances have not gone unnoticed back in his district, said Kelly Kinate of Fairbury, chair of the Livingston County Republican Party.

Generally, local Republicans there have a good relationship with Kinzinger and his staff, Kinate said. But Kinzinger’s #NeverTrump stance in 2016 has not been forgotten.

“Now Trump is his commander in chief, so being a veteran, I personally see it as, you gotta remember your chain of command,” said Kinate. “And even from his military background, that’s the commander in chief. And while the president might not have prior military experience, he’s surrounded by enough people to advise him.”

Kinzinger is both more “more plainspoken and forthright when speaking than many other politicians,” said Robert Evans, associate professor of political science at Rockford University.

“He actually answers the questions that are asked of him,” Evans said. “Many politicians answer the question that they want to answer rather than the question that is actually being asked of them. Consultants in fact often coach them to do that. Kinzinger does not employ that dodge. His answers, therefore, are both affecting and effective.”

During an interview with WGLT from his office in Washington, Kinzinger said he's just calling balls and strikes.

“If there’s things he says that I don’t like, I’ll say that. I’m not looking for an opportunity to go out and disagree with the president. But I’m also going to be honest. And I think we need more of that. That’s frankly what people used to expect from their congressman. So that’s what I’m going to continue to do,” he said.

Those moments of independence aside, Kinzinger still votes in line with Trump's priorities much of the time.

The data-news site FiveThirtyEight tracks how members of Congress vote in relationship to Trump's position on specific bills. Kinzinger has voted with Trump's position 93.7% of the time, about the same as U.S. Reps. Rodney Davis and Darin LaHood—the two House Republicans who represent Bloomington-Normal.

“What Mr. Kinzinger says, and how he votes, are often two different things,” said Democrat Sara Dady from Rockford, who ran unsuccessfully against Kinzinger in 2018. He won with 59% of the vote.

Kinzinger did push back against Trump last year after the president announced a decision to withdraw U.S. troops from Syria, saying ISIS was defeated.

“Kinzinger is a hawk on military engagement, so he’ll criticize the president when the president is not as hawkish as he thinks he should be,” Dady said.

Kinzinger no longer represents Bloomington-Normal, where his political career began on the County Board. (Technically, it started when was a kid, delivering yard signs at age 12 for Republican Jim Edgar’s first run for governor.)

After first winning a House seat in 2010, the redistricting after that year’s Census bumped him into the 16th Congressional District in northern Illinois, including Pontiac, Morris, Ottawa, and parts of Rockford. That's where he knocked off another Republican, Don Manzullo, in 2012 to stay in Congress.

Kinzinger proved himself an effective campaigner, said Scot Schraufnagel, professor and chair and of the political science department at Northern Illinois University.

“Since (the 2012 primary election), he’s kind of had it easy, because the Democrats in the state of Illinois drew him a pretty safe district,” said Schraufnagel.

Dady said the 16th District doesn't see a lot of Kinzinger these days. She said she only got one debate with Kinzinger—on the radio, not in front of a public crowd. She said she was only in the same room with him three times throughout the whole campaign.

Kinzinger’s political future is wide open. On paper, he's an attractive candidate for higher office. He's 41, a veteran, famously helped save a woman's life in Wisconsin by disarming a guy with a knife, and he’s seen as a thoughtful Republican who knows how to campaign. He's got $1.2 million in his campaign fund as of March, FEC records show.

Let's be quite clear: Illinois is not the most Republican of states."Rep. Adam Kinzinger (R-IL)

Barickman said Republicans need a Tier 1 candidate to give a shot, even if they come up short and need to try again against Sen. Tammy Duckworth in 2022.

“He’s getting a lot of attention in the Chicago media. He’s considered to be a thoughtful Republican who does a great job with the media. He does a great job raising money. I think Adam should certainly be one that takes a look at that,” Barickman said.

In April, Kinzinger's name was floated as a possible nominee to become secretary of the Air Force. Kinzinger said he’d consider it, if offered the job. (Ultimately the Trump administration instead chose Barbara Barrett, a former diplomat and aerospace research executive.)

Back in Illinois, Kinzinger concedes running for something statewide – like a U.S. Senate seat, or for governor in 2022—wouldn’t be easy for him.

“It’s not in my mind right now. I enjoy being in the House,” Kinzinger said. “Let’s be quite clear: Illinois is not the most Republican of states either. But if there’s an opportunity that pops up and I think I’m the right fit and I think it’s doable, I’d certainly take a look at it.”

Schraufnagel from NIU said he’s been watching Kinzinger's career for years. He says Kinzinger seems comfortable in Washington and could rise up the House leadership ranks.

He says Kinzinger’s future may hinge on the future of the Republican Party itself.

“If the Republican Party is going to embrace Donald Trump wholeheartedly and stake their short-term future on his electoral success, then Kinzinger is probably an odd man out. He doesn’t fit that mold,” Schraufnagel told WGLT.

“Politics is a lot about timing, so we’ll see what happens. But he’d be great if he wanted to do that but he’s smart to just focus on what he’s doing right now,” Brady said. 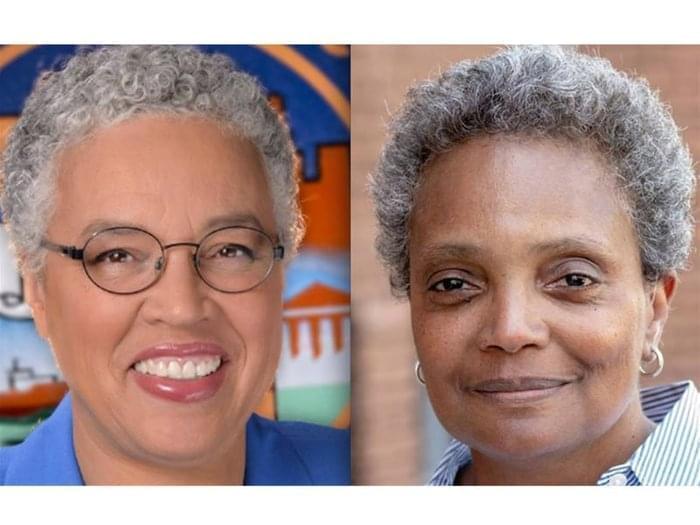