For months, U.S. Sen. Mark Kirk said he would write in former CIA Director David Petraeus for president. This week, Kirk backed off that stance.

In an interview for Chicago public radio station WBEZ, Kirk praised Petraeus’ military record but refused to confirm he would vote for him. Kirk, R-Highland Park, also reiterated his frustration with Republican candidate Donald Trump and Democratic nominee Hillary Clinton.

“A man who has such a good military record would be able to inspire many of us,” Kirk said of Petraeus. “Trump does not inspire me about anything at all. Neither does Hillary. I’m in one of those ‘neither one’ categories.”

“Pretty frustrated by the choice that we have now.” Kirk said. “You figure after all [the] primaries and the debates, is this the best that we can do? No, we can do much, much better than this.”

Kirk, who’s in a contentious fight for reelection against U.S. Rep. Tammy Duckworth, D-Hoffman Estates, has been vocal in his criticisms of Trump and the Republican Party’s ability to hold onto a majority in the Senate.

“The heart and the soul of the Republican Party right now, I would say, is fiscal conservatism,” Kirk said. “The lessons of Illinois and Puerto Rico and Greece are probably clearer before the American people now.

“We’ve got to run the Illinois government and Puerto Rican government in a way so it doesn’t collapse financially. There’s always going to be a need for fiscal conservatism so that we can always have enough money to build roads and run schools and keep prisons open.”

Kirk also addressed recent reports that questioned his ability to be a Senator since his 2012 stroke. He frequently uses a wheelchair or walks with a cane.

“I would actually say it enhanced my ability to represent this state. By going through a massive stroke, I’ve become a much more empathetic human being,” Kirk said. “When I see somebody crossing the walk there, I might’ve been one of those people hitting the car horn, and now that I’m much more empathetic. I realize as she crosses the street, that is the fastest she can go.”

The Chicago Tribune editorial board recently endorsed Duckworth, citing Kirk’s health as “a fundamental component of this race.” The board said it doesn’t view Kirk as able to perform the duties of a senator because of his stroke.

Kirk and Rep. Duckworth are scheduled to hold their first televised debate, Thursday evening in Springfield. The 7 PM debate will be televised on This-TV Illinois, a subchannel of central Illnois TV station WBUI. 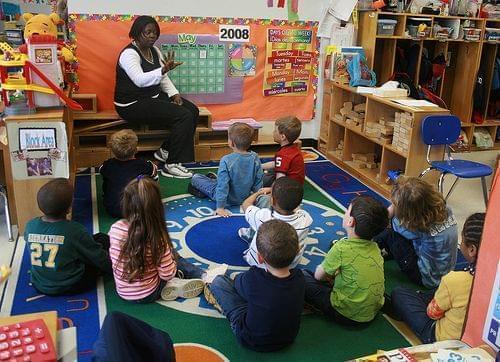