Illinois' political leaders say things are remaining civil behind closed doors as they hold budget meetings, though they’re having trouble agreeing on how to hold future meetings.

Illinois House Republican Leader Jim Durkin says a meeting of leaders on Tuesday in Chicago was about a long-term state budget.

“We did have a discussion today about budget. And it was good”, said Durkin.

But Republicans say they see no urgency from Democratic House Speaker Michael Madigan.

“I’m not the one that decided to hold hostage the Illinois governmental budget-making”, said Madigan. “It’s a very unusual tactic for anybody, including a governor.”

Madigan says lawmakers could start working groups to discuss Rauner’s political agenda - but their work shouldn’t be tied to passing a budget.

Meanwhile, Madigan and Republican Governor Bruce Rauner appear to be accusing the other of pushing for an income tax increase.

After Tuesday’s budget meeting, Madigan said it will be difficult to pass any tax hike before a new crop of legislators are sworn in next month.

"Governor Rauner wants to do a lame duck tax increase”, said Madigan. “So he wants to raise taxes between now and January 11th. That proposal is not doing well because both Democrats and Republicans are against it in a lame duck session."

Last week the Illinois House took a symbolic vote that put a majority of state representatives on the record as opposing a lame duck tax increase.

The governor did not speak after Tuesday’s meeting. But his spokeswoman issued a statement that says Madigan is the only one who has suggested a higher income tax.

Illinois has been running up a deficit since a temporary higher income tax expired in 2014 at Rauner’s suggestion.

Rauner wants Democrats to pass term limits and a property tax freeze in exchange for his signing on to a temporary spending plan.

A current stopgap budget expires December 31st, which will leave universities and many social services without state funding. 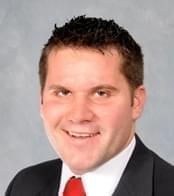