Governor  Bruce Rauner delivers his budget address to a  joint session of state lawmakers on Wednesday at the Illinois Statehouse in Springfield. And two east-central Illinois lawmakers hope the speech will the start of successful budget negotiations.

Rauner will be unveiling his first budget proposal since the end of a more than two-year budget impasse. Lawmakers approved a budget for Fiscal Year 2018 last summer, over the governor’s objections.

State Senator Scott Bennett (D-Champaign) says he sees hopeful signs that the governor is ready to work with Democratic lawmakers on a budget for FY 2019.

Bennett says he was disheartened by some of the content in Gov. Rauner’s State of the State address of two weeks ago, content which he criticized as finger-pointing and campaign rhetoric.

“But just in the last 24 hours”, said Bennett on Tuesday afternoon, “some of the things that I’ve heard make me at least believe the governor’s taking some steps to try to honestly and fairly deal across the aisle on this. If that continues, I think we’ll have a productive spring.”

Bennett says Governor Rauner seems more willing to work with Democrats this year, including scheduling a meeting Wednesday with Senate President John Cullerton. He says the governor may recognize that he has less control over GOP lawmakers. Last year, some Republicans joined with Democrats to override Rauner’s veto of a state income tax increase, ending a two-year budget impasse.

One of those aisle-crossing Republicans was State Representative Bill Mitchell (R-Forsyth). Mitchell says he hopes Gov. Rauner uses his budget address to deliver “the unvarnished truth” about the need to cut spending in order to balance the state budget.

Mitchell says that was “unconscionable” to allow Illinois to go over two years without a state budget, while piling up billions of dollars in unpaid bills. He doesn’t want to see another budget impasse this year.

“So we have to recognize that we have a Democrat General Assembly and a Republican governor”, said Mitchell. “It does not good to fight, to call people names. Let’s get something done. We know it’s going to be unpleasant. It’s not going to be easy. But that’s what the people sent us here to do.”

Mitchell is not seeking re-election. He was one of 16 Republicans who joined with Democrats last year in overriding the governor’s veto of a state income tax increase, breaking a budget stalemate in Springfield. Mitchell says another tax hike will be impossible this year, so lawmakers will have to agree on difficult spending cuts. Mitchell says those cuts will be made more difficult because the current state budget is out of balance by at least a billion dollars.

However, Sen. Bennett defends the current state budget as the closest lawmakers had come to achieving a balanced budget in decades. He says the FY 2018 spending plan achieves $3 billion in cuts and paid off $6 billion in unpaid bills. Bennett says lawmakers can make more progress with the FY 2019 budget, “if we do the work”.

Gov. Rauner’s budget address is scheduled to begin at 12 PM on Wednesday. WILL AM 580 and WILL-TV will broadcast live coverage. 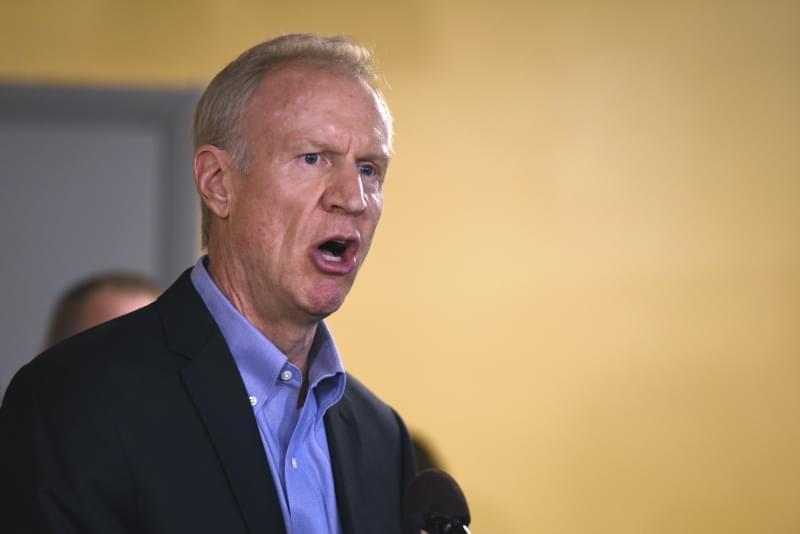 The Stalemate Has Ended: Illinois Reacts To End Of Budget Crisis 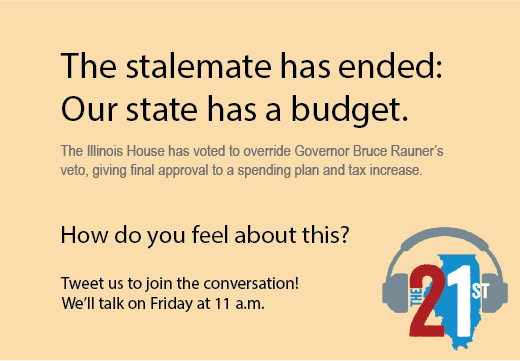