Assists and turnovers were both kept to a minimum, as the Illini allowed Hill to do it all on his own. He connected on 5-of-8 three-pointers, but said his short game was the difference.

"I think a lot of my isolation plays were short, late shot clock”, said Hill, describing his efforts to make an effective play after receiving the ball as the :30 second shot clock was running out. “The way I was feeling, you know, I thought I could be able to get a good shot for the team during those isolation plays."

Northern Kentucky led by as many as eight points in the first half, and took a 33-31 lead to the locker room, before Hill exploded for 29 second-half points.

The Norse out-rebounded Illinois by a tally of 43 to 32. Illini coach John Groce recognized rebounding as an early-season concern for his team.

“I didn’t think we blocked out very well Friday night, to be honest”, said Groce. “In fact, I showed it on the film, I thought it was poor.  Today I thought was about the same, and obviously if we don’t get that shored up, that’s gonna be a problem.  You know you have to block out better.  We’ve got to be more physical without fouling while we’re doing it.”

Hill became only the seventh Illini to score 40-plus points in a game. The last was Brandon Paul, who tallied 43 to upset 5th-ranked Ohio State on Jan. 10, 2012.

Illinois will play its third game in five days when McKendree University comes to town on Tuesday. Starting time is 7 P.M for the game, which airs on the Big Ten Network. 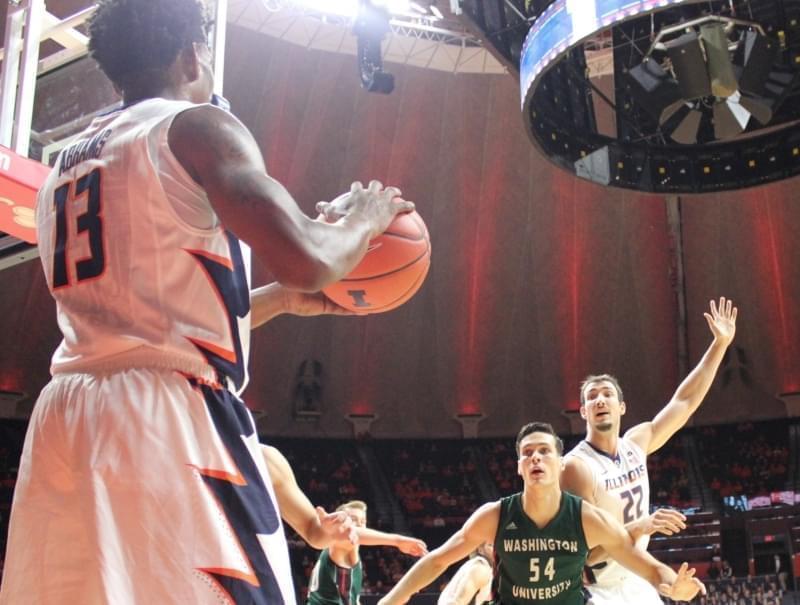