The starting point for the play "33 Variations" and the music its title refers to is a little waltz by composer and music publisher Anton Diabelli, from which Ludwig von Beethoven wrote his Diabelli Variations.

The play is in performance through February 7th in a production by the Celebration Company at the Station Theatre, 223 N. Broadway, in Urbana

Moises Kaufman's drama looks at Beethoven’s struggles in composing the work, and a modern-day musicologist’s efforts to figure out why he did it.

“33 Variations” had a short Broadway run in 2009 (with Jane Fonda playing the musicologist). But its local history predates that. 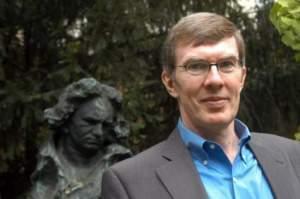 The playwright work-shopped the play at the University of Illinois in 2007. And he turned to two U of I musicologists for scholarly advice.

William Kinderman has written books about Beethoven, including one devoted to the Diabelli Variations. His wife Katherine Syer researches opera production and European cultural history. They discussed their participation in the play with Illinois Public Media's Jim Meadows.

Kinderman and Syer (pictured at right) are also scheduled to appear in a "talk-back" session as part of the Friday, January 29th performance of "33 Variations" at the Station Theatre.

UPDATE: William Kinderman, along with tenor Jerold Siena, will give a presentation about political satire in the music of Beethoven, entitled "Flea Circus on the Keyboard", Tuesday, February 10th at 4 PM at the University of Illinois' Smith Memorial Hall, 805 S. Matthews Ave., Urbana, upstairs in the Smith Memorial Room (Room 220). Admission is free. 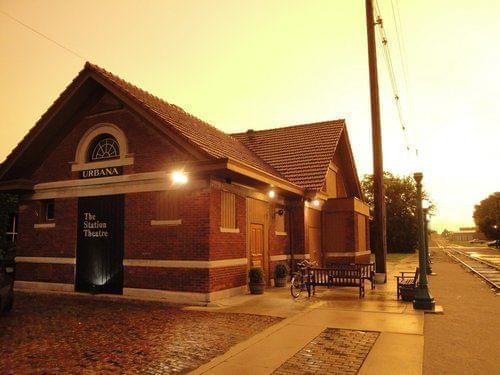