Summer is ending, and members of community bands across the country are putting away their instruments for a while, after a summer of outdoor concerts. These are wind, or brass bands, continuing a long musical tradition in America. And despite tight city budgets, some of them continue with public funding. One such band is the Danville Municipal Band, which attracted about 180 people for its 75th anniversary concert at St. James United Methodist Church in early August.

The band’s longtime director, David Schroeder, led the 42-piece band (other concerts feature as many as 50 players) in a program of familiar light classics, such as Franz von Suppé’s Light Cavalry Overture. And it likely that the audience was familiar with the musicians as well, if they had followed the Danville Municipal Band’s summer outdoor concerts in Lincoln Park. Beck Woodrum is a regular attendee. She came to the anniversary concert with two sisters and her husband.

“Oh, the musicians are just so amazing,” said Woodrum of the band. “And to hear this music and – oh, the music tonight was just glorious. All of the parts and the percussion and the cymbals and the bass and everything --- I just like that.”

The Danville Municipal Band was formed in 1940, in a merger of several existing community bands in Danville. Community bands --- and band music in general were once mainstream popular music in America. Jason Hartz, a university administrator and community band historian at Siena Heights University in Adrian, Michigan (and a musician in Adrian’s community band) calls such groups the “quintessential American musical ensemble”

“It tended to cut more across class lines, and even in some cases, race lines,” said Hartz of the community band phenomenon. “Whereas orchestras would have been concentrated in cities and more appreciated by upper middle class and wealthy patrons. … But the community band – the wind band – seems to cut across wide swaths of demographics.”

Marches are strongly associated with bands, and the Danville Municipal Band’s anniversary concert honored that association, with a performance of John Phillip Sousa’s Manhattan Beach March, in a transcription by Mark Hindsley, who led the University of Illinois’ Marching Illini in the 1930’s and ‘40’s. But there’s more to the community band repertoire.  While the anniversary concert leaned toward light classics, the Danville Municipal Band’s outdoor concerts followed a community band tradition of playing both classics and popular music.

The band features a range of musicians, too --- high school students, retired school band directors, and those for whom music is a hobby instead of a career.

Oboist and former band teacher Jennifer Szott plays in the band alongside her daughter. Her late father was a founding band member.

“I think there’s a lot of camaraderie in the group,” said Szott of the Danville Municipal Band musicians. “The two young boys I sit next to are 20-somethings. And not only do we hang out in the band, we hang out in other places, too. And where else do you get to know people from all different generations? It’s a lot of fun.”

Szott doesn’t play just for fun. She’s also paid by the city to play in the Danville Municipal Band. Danville is among a handful of cities that underwrite municipal bands, a practice that began in the 1930’s and ‘40’s, as community bands struggled to survive in the face of radio, phonograph records and shifting musical tastes. Other Illinois cities with municipal bands include Decatur, Peoria and Naperville.

But municipal support of community band has declined in recent years. Brass and percussion player Steve Schepper is president of the Decatur Municipal Band, which played 27 concerts this summer --- much more than Danville could afford. But Schepper says their city funding has gone down over the years, and could go down further --- although he remains optimistic about his band’s future.

“We always bank on the fact that we’re a long-standing tradition in Decatur,” said Schepper, “because we’ve been together for 158 years. So we hope the city believes that it’s important to continue funding a majority of our budget.”

Note that Schepper said the “majority” of the budget’. He says about a quarter of the Decatur Municipal Band’s season is paid for with private grants. And the Danville Municipal Band’s 75th anniversary concert was privately financed, too, by Ameren Illinois.

Danville Mayor Scott Eisenhauer attended the concert, where he read a proclamation celebrating the band’s anniversary. He says he’d like to raise more private money to help the band, citing what he calls a “huge quality of life issue”

“Very few things today are free,” said Eisenhauer, following the concert’s conclusion. “And yet, if you can go on a Sunday night to one of our absolutely beautiful parks, sit down on some benches, and enjoy one of the absolute best bands in the country, and not pay a single penny to do that --- that is an aspect that many communities aren’t able to share with their residents.” 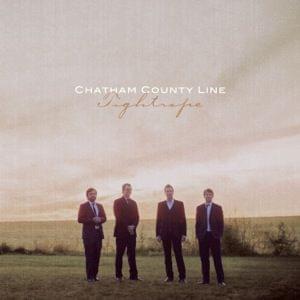