The NCAA board of directors has overwhelmingly approved a sweeping package plan that will give the five biggest conferences the ability to create their some of their own rules.

If the legislation approved Thursday withstands an override attempt, the five wealthiest Division I conferences could start exercising their new autonomy as early as Oct. 1.

The Big Ten, SEC, ACC, Big 12 and Pac-12 will have the ability to implement some rules on their own, though probably not policies on rules violations.

But a stipend for athletes that goes beyond currently allowed limits of tuition, room and board, books and fees, seems likely.

"I couldn’t feel better about our colleagues in the Big Ten, or those in other conferences, who put in so much time and effort proving once again that as an industry we are capable of coming together on behalf of our student-athletes," said Big Ten Commissioner Jim Delany, in a statement.  "The new governance structure preserves the many traditions of Division I athletics while directly impacting all student-athletes competing at that level who will benefit from improved academic, health and safety initiatives resulting from the additional resources generated by the NCAA Basketball Tournament and other NCAA revenues."

But the president of a university in the Mountain West Conference said presidents at major conference schools like the University of Illinois should read the fine print in this plan.

Boise State President and former Illinois lieutenant governor Bob Kustra said this plan 'takes the lid off controls that the NCAA has had on athletic expenditures' for many years.

"Perhaps if presidents really look closely at how much this allows those power conferences to spend, and then the pressure that puts on everybody else, that ought to give pause to somebody," he said. "In the Big Ten, and even in the SEC, there's disagreement.  If you talk to certain presidents and athletic directors, they're very much concerned that Alabama can outspend Vanderbilt and Mississippi State, and the University of Illinois when you put it up against some of the competition that they have in the Big Ten.  So I don't just think this is about the little schools versus the big schools."

Commissioners and school leaders from the power conferences have until Oct. 1 to create a wish list of issues they want to handle on their own.

The measure includes a 60-day comment period in which all Division One schools can weigh in.  If 75 of universities vote to override, the board has to reconsider its decision.  If at least 120 vote against it, the vote is suspended. 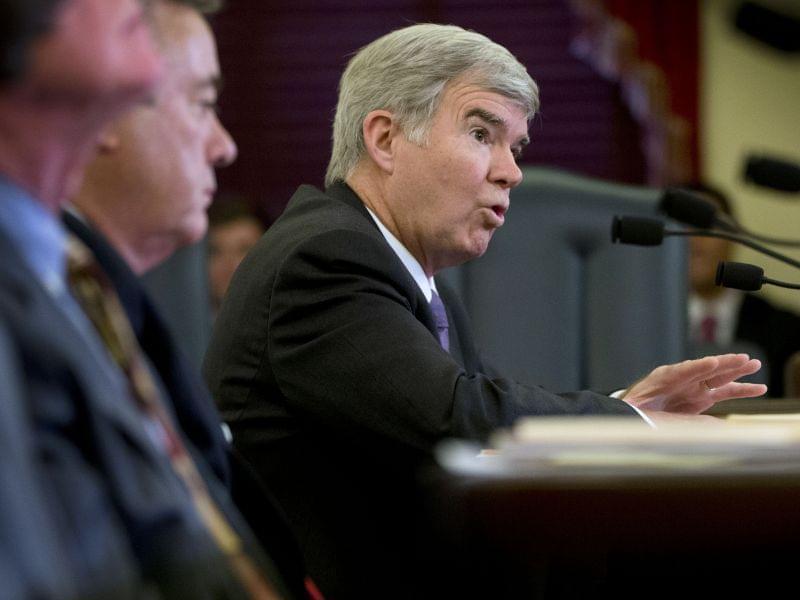