A new U.S. government report released Tuesday finds that climate change is already having a broad impact on both weather and the economy.

NPR's Elizabeth Shogren tells our Newscast unit the third National Climate Assessment is the most comprehensive look at climate change that the government has ever produced. It was put together by more than 300 experts "guided by a 60-member Federal Advisory Committee."

She filed this report for our Newscast unit:

"The report finds climate change is causing more frequent or intense heat waves and downpours. In some regions it's causing more floods or droughts. Climate change already disrupts key parts of our economy — energy, transportation, agriculture and water supply. One of the authors, University of Arizona professor James Buizer, says the biggest change from the government's last assessment is efforts underway to reduce greenhouse gases and adapt.

"But the report says these efforts so far are insufficient to avoid increasingly negative impacts."

One of the differences between this report and its predecessors is that scientists have become more confident that human activity — specifically the burning of fossil fuels — has driven most of the warming in the past 50 years.

Here's a stunning graphic that shows where temperatures would be based on natural warming versus where they are when you compound natural plus human factors: 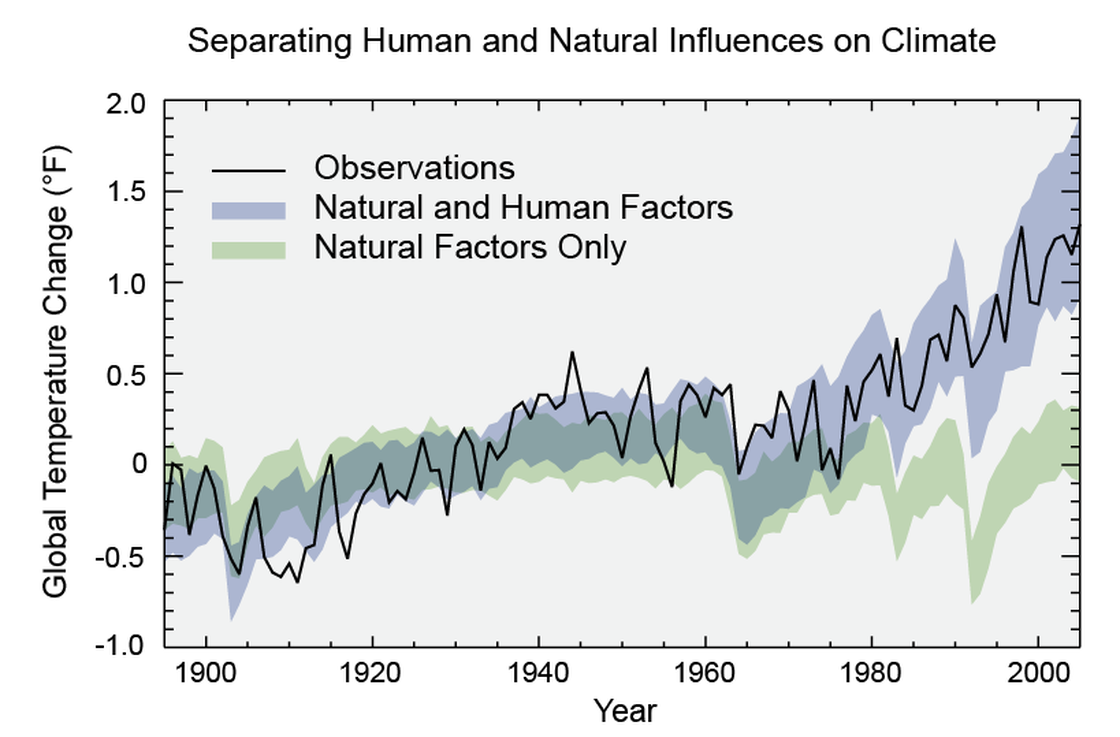 Another graphic accompanying the report shows an impact most of the U.S. has experienced: The report finds a "clear national trend toward a greater amount of precipitation being concentrated in very heavy events, particularly in the Northeast and Midwest." In other words, heavy downpours: 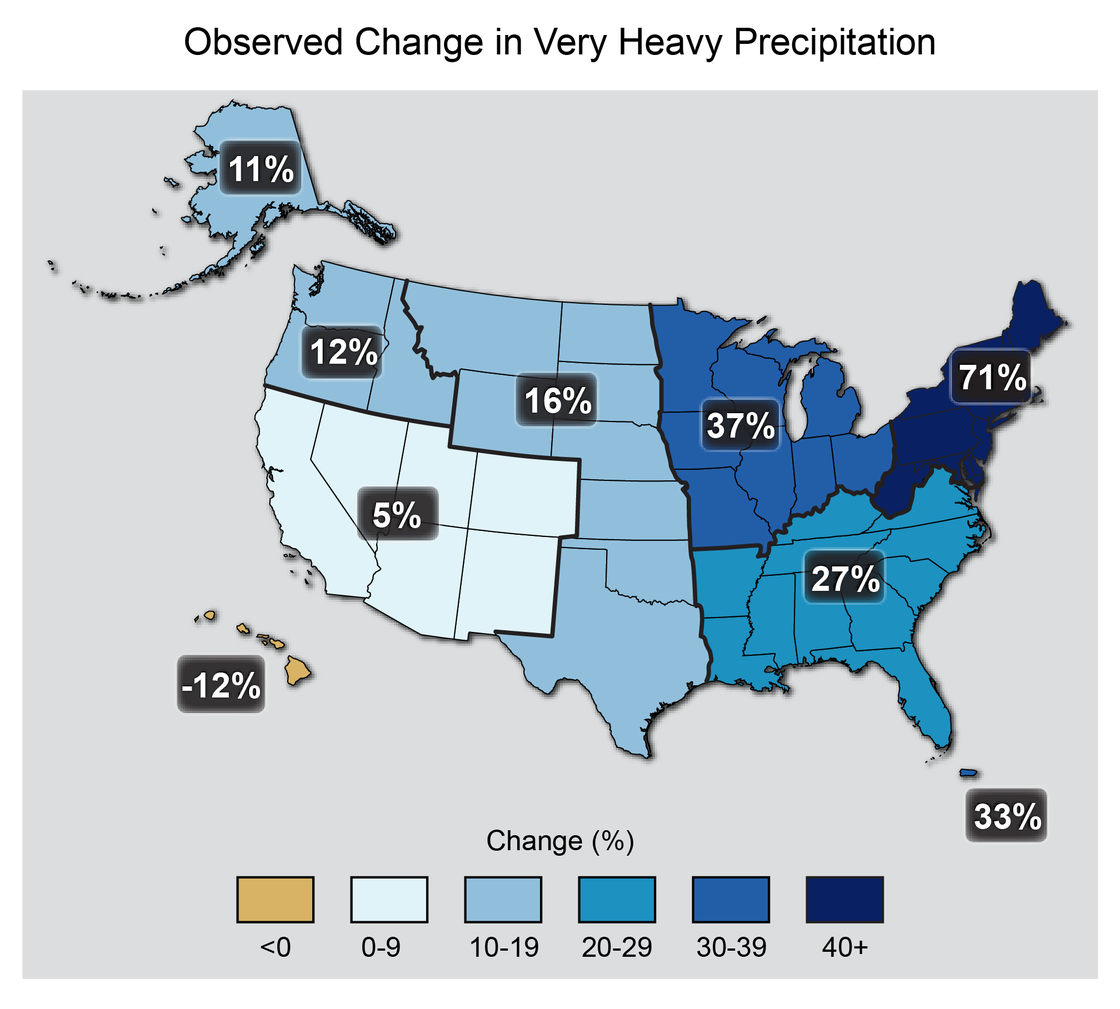 Percent changes in the amount of precipitation falling in very heavy events (the heaviest 1 percent) from 1958 to 2012 for each region. (U.S. Global Change Research Program)

The New York Times surveys the politics in the background of the report:

"The report was unveiled at the White House, and President Obama planned to spend part of the day highlighting the findings in interviews with television weather forecasters around the country.

"The administration hopes to use the report to shore up public support for the president's climate policies as he attempts to put new regulations in place to limit emissions. A major political battle over the rules is expected this summer, with Republicans already accusing Mr. Obama of plotting a 'war on coal.'

"Some Republican members of Congress have contended that the science of global warming is a hoax perpetrated by a global conspiracy of climate scientists, a point of view Mr. Obama has mocked as comparable to belief in a flat Earth. Other Republicans concede that climate change caused by human activity is real, but nonetheless fear — as do some Democrats — that the president's policies will destroy jobs for miners and hurt the broader economy."