Illinois judges have new rules when it comes to deciding which criminal defendants can be released on bail.

It’s part of a national movement aimed at a system that has kept poor defendants behind bars before trial — while wealthier individuals could afford to pay for their freedom.

State Sen. Donne Trotter, a Democrat from Chicago, says many people are not guilty of the crimes of which they’re accused — but they nevertheless spend time locked up.
“Some people need to be in jail. We know that. But everyone does not. And everyone should be released — or at least be given the advantage or the opportunity to state their case before they’re locked up in county jail,” Trotter said.

The measure was signed into law Friday in Chicago by Gov. Bruce Rauner.
It says judges must take a defendant’s economic and social circumstances into consideration when setting bail. Judges must also try to set conditions that don’t involve cash — like electronic monitoring and curfews. 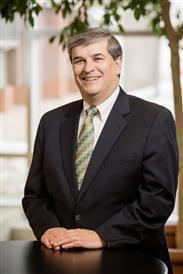 Judges and the Political Fray