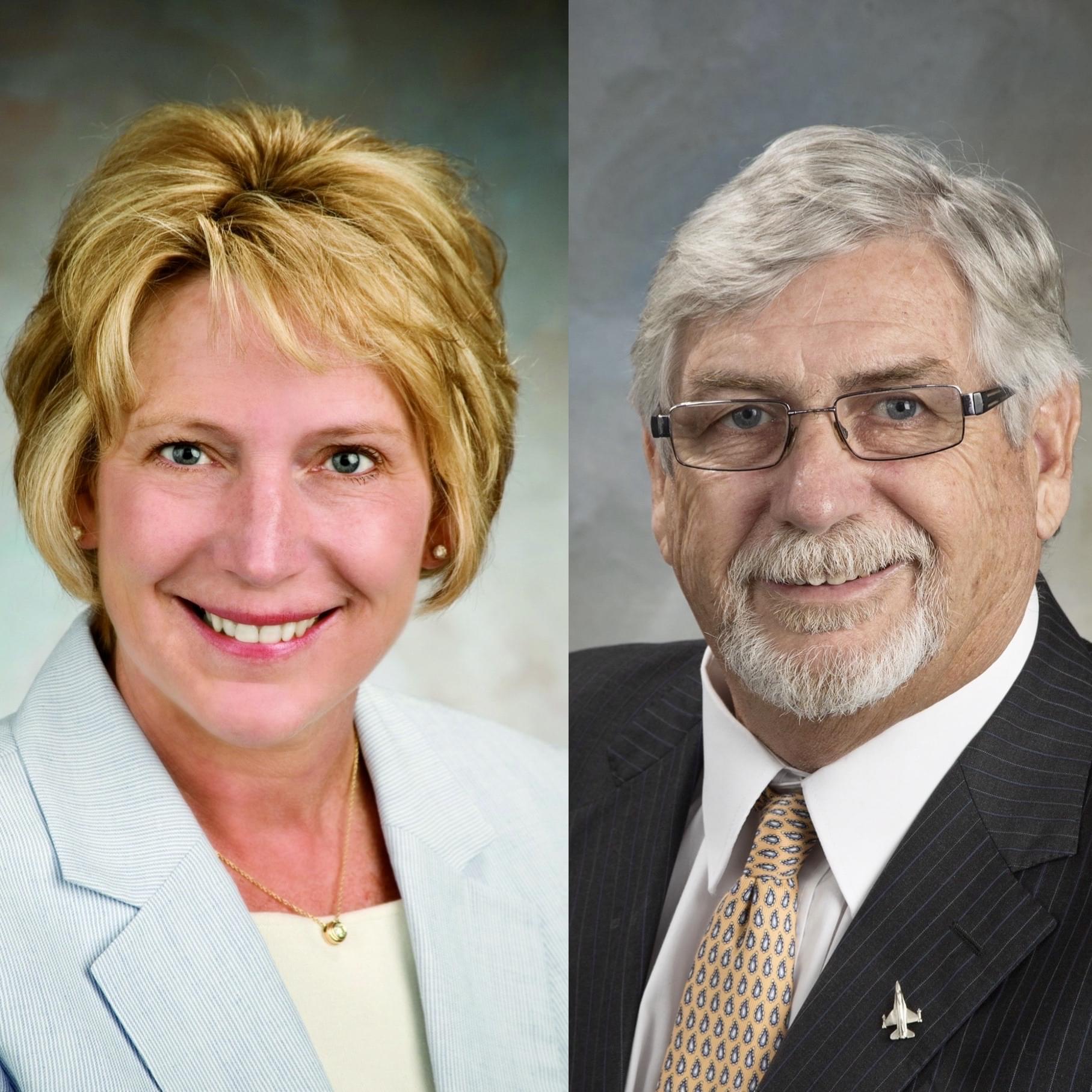 SPRINGFIELD — Sources have confirmed a former Springfield Mayor and his wife, the current Sangamon County Coroner, were among three people who died in a small plane crash Tuesday afternoon.  Frank Edwards was a former Springfield Fire Chief, long serving alderman and was appointed mayor in 2010 to fill a vacancy.  He stayed in that role for more than a year.  Edwards also ran unsuccessfully for Springfield mayor last year. Cinda Edwards has been the county coroner since 2011.  Also killed in the crash was a dog. The Sangamon County Sheriff's Department says the pilot of the twin-engine Piper Aerostar reported having trouble with the plane's instruments prior to the crash. Springfield Airport Authority executive director Mark Hanna says the plane went down around 3 p.m. Tuesday. Hanna said the plane was attempting to land at Abraham Lincoln Capitol Airport in Springfield and missed two houses before impact. According to Hanna, the plane was headed to Springfield from Huntsville, Alabama. It originally took off from Florida's Sarasota/Bradenton International Airport. - Sean Crawford/NPR Illinois & Associated Press

Champaign County On Alert For Coronavirus

Health officials in Champaign County say that despite concerns about the Wuhan coronavirus, the flu is the top infectious disease concern locally. And Julie Pryde with the Champaign-Urbana Public Health District says if more local residents get vaccinated for the flu, it will be easier to determine whether or not the coronavirus has appeared. There have been no confirmed cases in Champaign County of the coronavirus that first appeared in Wuhan City, China. The University of Illinois McKinley Health Center tested one person with possible symptoms, but determined they did not have the illness. McKinley director, Dr. Tom Parker, says they’ve reached out to Chinese U of I students from Wuhan City. He says several that went home during winter break have reported “self-quarantining”, by wearing surgical masks in public and avoiding large gatherings. - Jim Meadows, Illinois Newsroom

SPRINGFIELD - Illinois State Police are working their way through the backlog of DNA evidence, and have recently decreased the number of delayed cases by 16 percent. But the turnaround time is still, on average, 215 days. On Tuesday, Carrie Ward, Executive Director of the Illinois Coalition Against Sexual Assault, told a panel of lawmakers that’s too long. “And when we consider reasons why victims may not report crimes, this waiting period has to be a factor," said Ward. "Why report a crime when you know it may take years to slog through the system? Justice delayed is justice denied, especially for sexual assault survivors.” State Senator Patricia Van Pelt, chair of the Public Health Law committee, told state police she wants the turnaround time reduced to two months. - Olivia Mitchell, NPR Illinois

SPRINGFIELD - A pair of Illinois lawmakers are taking on the practice of offering tax breaks to lure companies from other states. The legislation would have Illinois agree to stop trying to poach businesses from any state that made the same agreement with Illinois. Backers say similar legislation has been introduced in at least half-a-dozen other states this year — including Missouri, Iowa, Florida and New York. - Michael Smith, NPR Illinois

SPRINGFIELD — A former Illinois state senator has pleaded guilty to accepting around $250,000 in bribes for protecting the interests of a red-light camera company. Martin Sandoval entered the plea in an agreement with prosecutors during a hearing in Chicago Tuesday, a day after federal prosecutors listed charges against him. Under the plea deal, the 56-year-old promises to cooperate with federal prosecutors in ongoing public corruption investigations. Sandoval is well connected in the Illinois Democratic Party, and his decision to cooperate comes after more than a year of home and office raids against multiple Democrats, several of whom have been charged. - Associated Press

CHICAGO - A U.S. judge has sentenced a socially awkward math whiz-turned-futures trader who helped trigger a U.S. stock market “flash crash” from his parents’ suburban London home to time served and a year's home confinement. The sentence handed down Tuesday in Chicago spares the 41-year-old Navinder Singh Sarao imprisonment after prosecutors praised his cooperation and said his crimes were entirely unmotivated by greed. Prosecutors and defense lawyers described the Sarao as autistic in memos filed before sentencing in Chicago federal court. - Associated Press