Today's headlines come from NPR Illinois, WNIJ, and the Associated Press. Get news updates from across the state 24/7 at illinoisnewsroom.org.

SPRINGFIELD - Illinois House Republican Leader Jim Durkin says a statewide task force designed to address local property taxes has so far failed to do so.  He and other House Republicans roundly criticized the group Wednesday, which was created shortly after state lawmakers approved a ballot question about allowing a progressive state income tax.  Voters will have a say this fall. Though the task force hasn’t released its final report yet, Durkin says he’s not convinced Democrats who control it will put forward anything substantive.  Democrats on the task force, meanwhile, have accused Durkin and others of making partisan arguments. Data from the Illinois Department of Revenue shows property taxes statewide went up by at least a billion dollars between 2017-2018. - Sam Dunklau, NPR Illinois

WASHINGTON - Speaking on the Senate floor, Sen. Tammy Duckworth (D-Illinois) said President Donald Trump is easily manipulated — particularly by despotic foreign governments. “Sweet talk him, or thump your chest and issue a few school-yard threats, and you’ve got him," said Duckworth. She said the president’s choices play into the Iranian regime’s hands — giving them license to go on the offensive in Iraq. Iran fired missiles on two Iraqi bases housing U.S. troops. The Iranian strikes had come days after Trump authorized the targeted killing of Gen. Qassem Soleimani, the head of Iran's elite Quds Force. Duckworth, a wounded veteran of the Iraq war, said Congress needs to take action — and vote to limit the president’s authority to wage war against Iran without congressional approval. - Brian Mackey, NPR Illinois

CHICAGO — Chicago's O’Hare and Midway international airports have installed boxes where travelers can dispose of recreational marijuana before they board their flights. The cannabis amnesty boxes, as they’re called, were installed at each airport last week, just as legal marijuana sales began in Illinois. The Chicago Tribune reports the boxes are located just past the airports' Transportation Security Administration checkpoints. Chicago Police Department spokeswoman Maggie Huynh says that while it’s not illegal to have cannabis at the airport, possessing marijuana is still illegal under federal law. She says the boxes give people an opportunity to ensure they won’t run into an issue when they land at their destination. - Associated Press

The Illinois Department of Public Health says vaccination is an excellent defense against two prominent diseases. The first is Hepatitis A. This is a highly contagious liver disease that can cause symptoms such as fatigue, stomach pain, and jaundice. Public Health Director Ngozi Ezike said the disease is widespread, and there’s been an outbreak in Illinois since September 2018. Health departments around Illinois have a supply of the vaccine, and can be used if it can’t be obtained via private coverage. Ezike said proper hand hygiene is also effective, since the disease often spreads through contaminated food or water. Ezike said it's also important to get an influenza vaccine. She noted it’s particularly important when more tests for the disease are coming back positive. - Chase Cavanaugh - WNIJ

TRAVERSE CITY, Mich. — A former Wisconsin official has been appointed to lead a U.S. Environmental Protection Agency regional office covering six Midwestern states. Kurt Thiede will become chief of EPA's Region 5, which is based in Chicago and oversees operations in Illinois, Indiana, Michigan, Minnesota, Ohio and Wisconsin. Thiede succeeds Cathy Stepp, who is resigning for a professional opportunity in Missouri. Previously, she was secretary of the Wisconsin Department of Natural Resources. Thiede was Stepp's chief of staff at the EPA regional office and also served 18 years with the Wisconsin DNR. - Associated Press 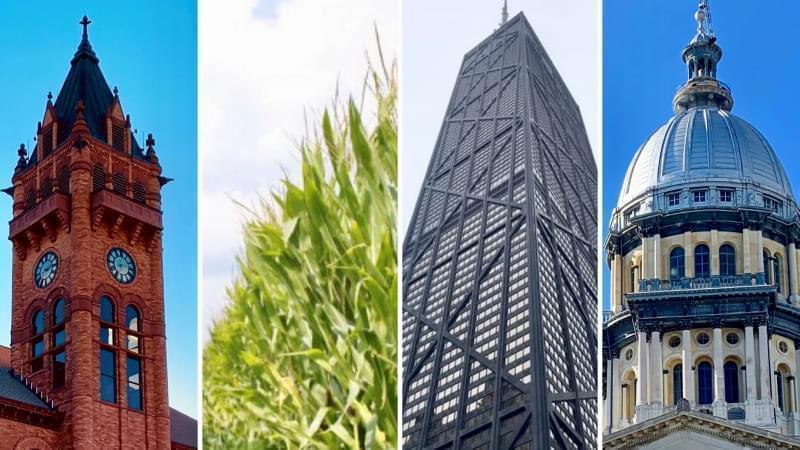