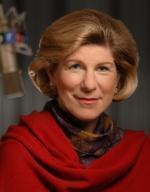 When it comes to Supreme Court coverage there is no one better than Nina Totenberg. She agreed to give us a preview of what we can expect and what's at stake in some of the big cases that we can expect verdicts on in the coming days. She also talked about living in Urbana for a year and how the court has changed over the years she's spent covering it.

Totenberg joined NPR near the beginning and is often refered to as one of the network's "Founding Mothers". Before joining NPR in 1975, Totenberg served as Washington editor of New Times Magazine, and before that she was the legal affairs correspondent for the National Observer.

"Well we know what's at stake nationally." said Totenberg. "The conservative figures are that about six to eight million people would lose their subsidies.”

Illinois is one of seven states that has a Federal-state partnership marketplaces. These seven states, rely on the federal government’s healthcare.gov website, but still run some functions of their marketplace. Unless the justices make an exception Illinois and the six other states would also lose their subsidies if the court rules in favor of the plaintiffs.

According to NPR and Kaiser Health News, 232,371 people in Illinois are currently at risk of losing subsides. Those people make up 79% of people receiving health insurance through the affordable care act. The total amount of dollars at stake for Illinois residents in this case is $49,030,281.

“If the court were to strike down the subsidies, for states that do not themselves have exchanges, it would have a pretty profound effect on lots of people losing their insurance because they wouldn’t be able to afford it anymore without the subsidies,” said Totenberg.

Totenberg says she would presume some states would try to work with the federal government to work out a solution should the court rule against the subsidies but “it’s very hard to know what the court would write that would permit that or not permit that until a decision is made,” said Totenberg.

Totenberg says that for Illinois, one of the states where same-sex marriage is legal, there isn’t much at stake in Obergefell v. Hodges.

The only question for Illinois is “if the court were to uphold the bans then the next question is whether those states that have bans have to recognize marriages performed in states where they’re legal, like in Illinois,” said Totenberg.

A few states have been using Midazolam to anesthetize people receiving lethal injection before administering the other drugs. "Midazolam, however, is not a true anesthesia - it's more like a seditive," said Totenberg. "And there are those who, including a large portion of the medical community, say that Midazolam really doesn’t protect the defendant who is being executed from the pain of the other two drugs, which is really substantial pain." Glossip v. Gross challenges the use of Midazolam or other similar drugs.

“But I think [the case] is a surrogate for the bigger death penalty issue. You saw Nebraska this year … get rid of the death penalty,” said Totenberg. “They did that largely on cost grounds.  These cases are very costly for the state."

When asked if there was a case she was watching that wouldn’t be able to get the same level of attention as the previous three, but that she none the less found interesting and important Totenberg mentioned Arizona State Legislature v. Arizona Independent Redistricting Commission.

“There’s a very interesting case that tests whether independent redistricting commissions that are set up through referenda, in order to get some of the politics out of congressional and state redistricting – whether those are unconstitutional,” said Totenberg.

This case, she says, is the great hope for those who want partisan gerrymandering out of the political elections and “if the court says no, then that just won’t happen.”

Totenberg not only knows the Supreme Court well she's also familiar with Champaign-Urbana. She lived in Urbana for a year when she was sixteen and her father was a visiting professor teaching violin at the University of Illinois.

“He was a very famous concert violinist and at some point he realized he was going to have to pay for our education so he started teaching at Universities,” said Totenberg.

As a journalist, Totenberg has gained recognition from listeners for her play-by-plays of Supreme Court oral arguments. She has also gained numerous awards for her work including being named Broadcaster of the Year and honored with the 1998 Sol Taishoff Award for Excellence in Broadcasting from the National Press Foundation. She is the first radio journalist to receive the award. She is also the recipient of the American Judicature Society's first-ever award honoring a career body of work in the field of journalism and the law.

Throughout her time covering the court she has seen an ideological shift.

“When I started covering the court and Justice Stevens was appointed by President Ford, he was considered sort of a moderate conservative on the court, and by the time he retired a few years ago he was considered the most liberal member of the court, and he hadn’t changed hugely – maybe on one or two issues but not hugely,” said Totenberg. “The court changed.”

She says that is because Republican presidents are appointing more conservative justices and “the court has moved quite dramatically to the right.”