Obama To Visit U of I, Receive Ethics In Government Award

Former President Barack Obama will visit the University of Illinois Urbana campus on Friday, Sept. 7, to receive the Paul H. Douglas Award for Ethics in Government.

The annual award from the U of I's Institute of Government and Public Affairs recognizes public officials who promote the highest standards of public service.

During his visit, Obama will speak at 11 a.m. at Foellinger Auditorium. Tickets are required for entry and will be made available by all three U of I campuses to a limited number of students. In an email to U of I faculty and staff, U of I System President Timothy Killeen said students will receive information on how they can sign up for a chance to attend the event. The speech will also be livestreamed at go.illinois.edu/live.

In a news release, Killeen said the university is honored to have Obama personally address students. Killeen also expressed his gratitude to the IGPA for the opportunity to recognize the former president's "dedicated service to our state and nation."

The IGPA's Douglas Award has been awarded each year since 1994 to public officials who have made significant contributions to the understanding and practice of ethical behavior in public service. The award honors late Illinois Sen. Paul Douglas (1892-1976), who served as a senator from 1949 to 1967. 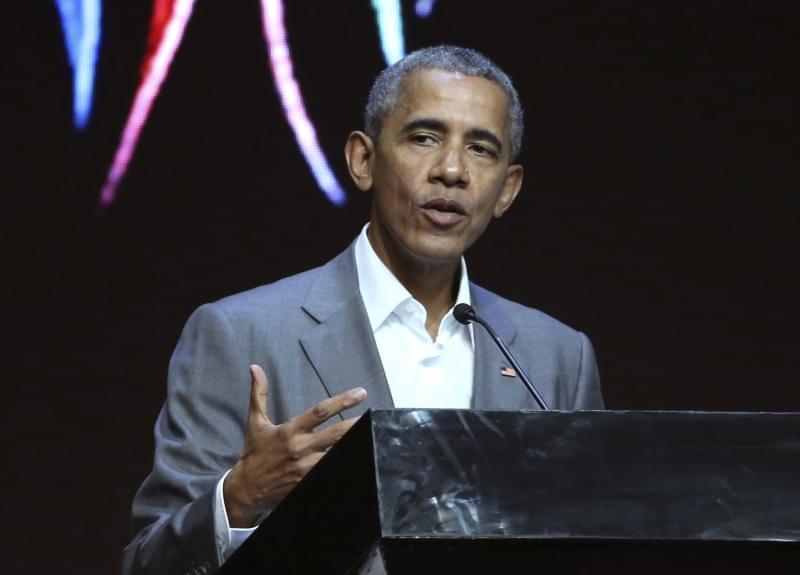 Illinois Highway To Be Named After Barack Obama

A Singular Woman: The Untold Story of Barack Obama’s Mother

The Bridge: The Life and Rise of Barack Obama