The big winner was 12 Years A Slave, but there was quite a bit of love to go around at Sunday night's Oscars. What there wasn't, as usual, was a lot of riveting television.

Sure, there was John Travolta squinting at the teleprompter and introducing Idina Menzel (to sing the Oscar-winning Best Original Song "Let It Go," from Frozen) as — no kidding — "Adele Dazeem." And there was a fun dance number featuring Pharrell Williams and his own Oscar-nominated "Happy," which he wore a formal black version of his Grammys hat to perform.

But on the whole? It was a little flat.  (You can see the full list of winners here.)

The Oscars have, as a telecast, been trying to right themselves ever since the Great Hathaway Franco Awkward-Off Of 2011. They went to the incredibly safe Billy Crystal, who did exactly what he always had done, exactly the way he always had done it.

Then they tried to go the other way and get cool, and they got a vulgar, obnoxious performance from Seth MacFarlane, who violated the first rule of hosting by making the telecast a referendum on himself. Everybody knows you're supposed to walk out of the Oscars, after all, loving The Movies, not squabbling about the host.

So this year, they returned to Ellen DeGeneres, who hosted in 2007 and has turned into one of America's most genial, least objectionable personalities, which isn't a dig at all. It's just a fact, and a bit of an ironic one at that, given her career ups and downs — and the angst they have sometimes caused people who wear suits and make a lot of money.

DeGeneres opened the show with a monologue that seemed a little too caustic for her style, spending an awful lot of time on June Squibb's being old, Barkhad Abdi's being Somali (which she pretended was "sommelier"), and Liza Minnelli's being a Liza Minnelli impersonator DeGeneres addressed as "sir." She got to her second "You get to see Jonah Hill's [um, penny stock] in Wolf Of Wall Street" joke before the show got to its second award.

It was a little weird, and off, and she didn't seem to quite have her sea legs yet.

Over the course of the evening, we learned that the Academy has apparently regained its fondness for Don't You Just Love The Movies? montages, which here included separate salutes to animation, real-life heroes, other heroes, and ... maybe something else. It was a long night, and they really, really want you to say you love the movies.

There was also, as always, the In Memoriam segment, which is the one that always seems like it should have Bette Midler singing "Wind Beneath My Wings" right after it, and this year it did. With the great, great Darlene Love (whom Midler inducted into the Rock and Roll Hall Of Fame) also in the building to, as it turned out, help accept in song the Best Documentary Feature award for the music documentary 20 Feet From Stardom, it seemed an awful shame that singing "Wind Beneath My Wings" again was the best musical idea anyone came up with for Midler. Why not put those two on stage and do something fun?

These Oscars were, more than anything, sorely missing a sense of fun. DeGeneres tried an endless running joke where she ordered pizza from the stage; it was okay, but it didn't really work. The montages were kind of leaden, the bits weren't great, and the show felt sort of ... like it was going for majesty and a certain gravity (sorry, it's true!), perhaps in recognition of the subject matter of some of the nominated films. I mean, the show was competent. It wasn't bad. It was the Oscars.

But it needed rather desperately an injection of energy that it had only in the smallest moments – as when Bill Murray seemingly went rogue while announcing Best Cinematography, just long enough to shout out writer and director Harold Ramis, who died a few days earlier.

As is always the case, though, where the show founders, the awards themselves sometimes take up the slack. The first winner of the evening was Jared Leto, who won Best Supporting Actor (as was widely expected) for Dallas Buyers Club and gave a really long speech in which he mentioned Ukraine, his band, and a whole lot of other things.

But Lupita Nyong'o, who has been making her way around Hollywood being unerringly delightful for this entire awards season — and, it must be said, looking like a million dollars everywhere she goes — gave an absolutely lovely speech accepting the Oscar for Best Supporting Actress for 12 Years A Slave.

"It doesn't escape me for one moment that so much joy in my life is thanks to so much pain in someone else's," she said. "And so I want to salute the spirit of Patsey [Nyong'o's character in the film] for her guidance."

Nyong'o talked about her family and her training, and she closed: "When I look down at this golden statue, may it remind me and every little child that no matter where you're from, your dreams are valid." That's about as good and appealing as an acceptance speech is going to get.

Cate Blanchett's acceptance for Best Actress in Blue Jasmine spared some time to chastise Hollywood at large for treating movies about women as niche pictures, while Matthew McConaughey, in accepting for Dallas Buyers Club, seemed to put his emphasis on his admiration of (1) God and (2) himself. He's had a huge, huge run, not just this year (Mud, Wolf Of Wall Street) but in recent years (Bernie, Magic Mike). As an actor, he's got all the goodwill in the world, but his persona when accepting awards could definitely use a little work; as it is, he skirts the line between the good-natured and less good-natured brands of swagger.

As for other Best Picture nominees, Gravity took nothing in the acting categories, and its screenplay wasn't nominated, but it won a boatload of recognition for its sound, score and visuals, awards for its editing and cinematography, and one very big one: Best Director, for Alfonso Cuaron – apparently the first Latino director to win.

In addition to Best Picture, 12 Years won an Adapted Screenplay award for John Ridley, a sometime NPR commentator. The Best Original Screenplay went to Spike Jonze's Her, which didn't get the nomination for Joaquin Phoenix that many would have liked to see, meaning it was likely to be this award or nothing – and it was encouraging to see such a heartfelt film share in the prizes.

The biggest disappointments may have been in the American Hustle camp, which went into the evening with ten nominations and walked out with no awards. In part, this is the result of David O. Russell landing a lot of nominations for a movie that a lot of people were kind of lukewarm about when you got deeper than how stylish it was. But losing in four acting categories, plus the awards for the director, screenplay, production design, costume design, editing and — oh, right — Best Picture, that's got to be disappointing.

Of course, of all the films that took home major awards Sunday night, which one made the most money domestically? Well, that would be Frozen, which was named Best Animated Feature and won for Original Song. (Great job, Adele Dazeem!) Made more than American Hustle, even more than Gravity. Two sisters and a snowman beat a pack of scam artists and a couple of hours of space peril to be, by at least one measure, the best example of a terrific movie a lot of people actually saw.

The Oscars will probably never be a fantastically satisfying show, and that's perhaps OK. It's at least an opportunity to see some good actors and filmmakers be really gracious (or less so in some cases), and to recommend once again the slate of nominated films which, while they are in no way fully representative of the moviemaking world, are a pretty good crop of movies. 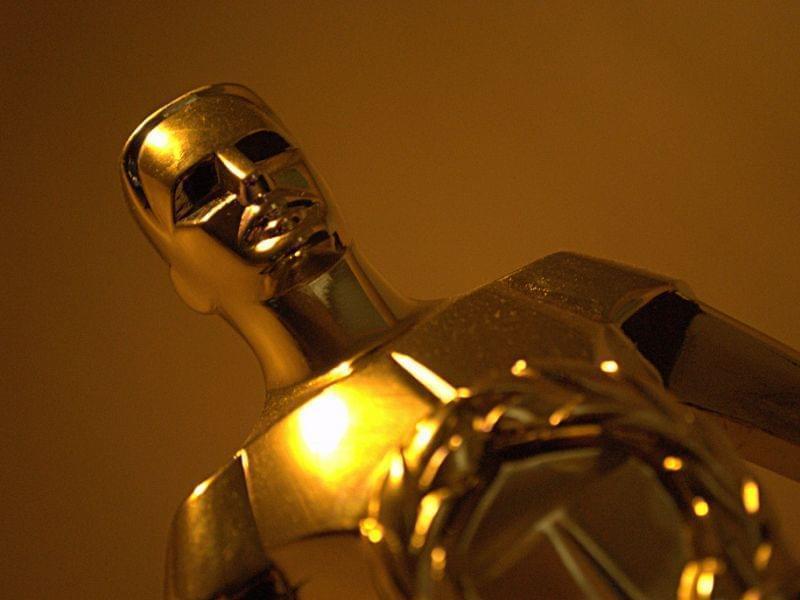