Last week, Illinois Public Media reported on how PACE, an Urbana-based agency for people with disabilities, was protesting the loss of state funding for one of its programs. Now, state officials say the program was the unfortunate casualty of new rules for judging funding applications.

When PACE applied for a renewal of state funding for its network of support groups for seniors with low-vision, the process followed new rules under a new state law. The Illinois Grant Accountability and Transparency Act took effect in 2014, and is meant to make the awarding of state grants more accountable.

An official with the Illinois Department of Human Services, speaking on background, says committees were formed to review and score the applications based on merit. And withed limits funds available, the official says PACE’s application simply did not score high enough to make the cut.

PACE has appealed the denial. Officials with the non-profit group argue that Human Services failed to follow its own rules in the application process.

Despite the grant denial, and recent cutbacks due to the state budget impasse, PACE still receives other state funding for its independent living services. The Human Services spokesperson says they can use some of that for the low-vision program, if they wish. 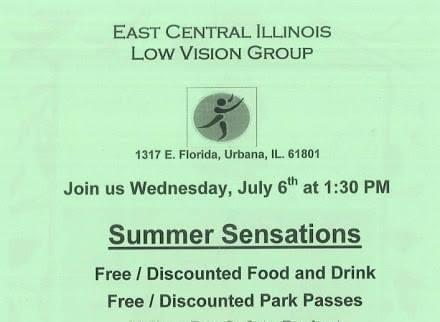