Gay and lesbian couples may not have to wait until June to marry in Illinois. A lawmaker is moving to accelerate when same-sex marriage becomes legal.

Already, same-sex couples are hurrying to take advantage of the marriage legislation approved on Tuesday. That very night, Rep. Sam Yingling, a Lake County Democrat who's openly gay, got engaged. "Well, we don't have a date yet, but I will certainly let you know when we do," he said.

It'll have to wait at least half a year. Although the governor says he'll sign the measure into law this month, it won't take effect until June.

Unless Senator Don Harmon gets his way. The Oak Park Democrat has filed a measure that would make same-sex marriages legal immediately upon becoming law.

"We wouldn't be able to take that up until after the New Year," he said. "I don't know if there is an appetite to do so. But it seems silly at this point to be delaying people's marriage plans based on our legislative calendar."

The sponsors of the original same-sex marriage legislation, Rep. Greg Harris and Sen. Heather Steans, both Chicago Democrats, say they will take a look at Harmon's proposal. Both said Wednesday (11/6) evening that they just learned about it, and had not had time to discuss the idea.

Plans For Same-Sex Marriages Already In The Works 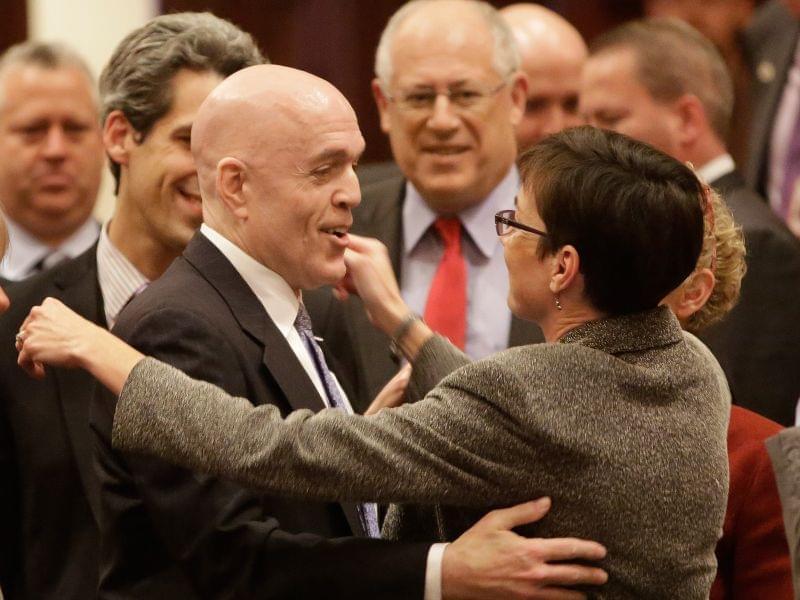