Fans clad in the team's colors of red and black started streaming into the city early Friday and by mid-morning they were lined up along the parade route. Later fans streamed into Grant Park, where a huge throng of fans waited for players to speak.

In 2010, Bill Jacobson traveled to downtown Chicago from Crystal Lake to celebrate the Hawks first Stanley Cup championship  in four decades. Jacobson said he is glad he made the trip again.

"More people, more excitement. Feels like we picked up a few more Blackhawk fans along the way. It’s a great team to support that’s for sure," Jacobson said.

"I’m so happy because Friday is my only day off," Gormley said.

Gormley said her parents first  got her hooked on the Blackhawks, a team she has been following since she was a kid.

"These games between Boston is probably the best hockey I’ve ever watched on TV. It’s just fantastic," she said.

Blackhawks players signed autographs and shook hands with fans in the park before the rally started.

Another lawmaker, Gov. Pat Quinn took the microphone to declare Friday as Stanley Cup Champion Chicago Blackhawks Day in Illinois. He presented Wirtz with a declaration. 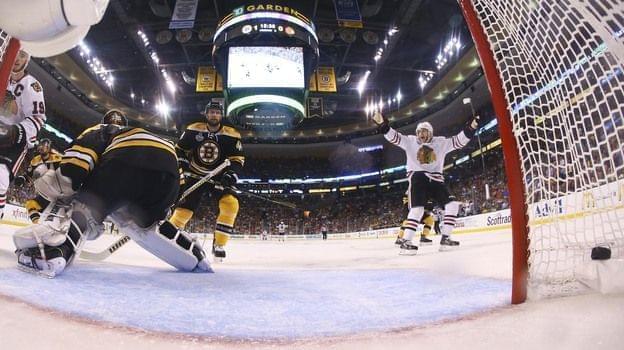