Both Governor Bruce Rauner, and his Democratic challenger JB Pritzker have paid recent visits to technology companies in Champaign-Urbana.

Both the governor and Pritzker included Granular on their schedule. The San Francisco-based farm management software firm (part of DowDuPont’s Agriculture Division, which is spun off as a separate company, Corteva Agriscience) has a facility at the University of Illinois Research Park in Champaign.

Granular’s Landon Frye says the firm opened its Champaign-Urbana office to get closer to its agricultural customer base. While Gov. Rauner had said on WGN that Champaign-Urbana had retaining “a company of more than six people”, Frye said that Granular’s Champaign office currently has 43 employees, with a goal of employing 65 by year’s end.

Pritzker told Frye that by opening in the U of I Research Park, Granular was getting the best of both worlds.

“You need to have a presence here,” said Pritzker. “And with a technology hub and university like this, a great opportunity for us to attract those big businesses, as well as obviously young startups that say, well gosh, I should be here, because they’re all coming here.”

Pritzker also attended a high tech business roundtable at the Research Park. There, he heard from executives with several local tech companies, including Inprentus, Earthsense, Pixo, LifeFoundry and PhotoniCare.

Earthsense Chief Operating Officer Ben Thompson made a comment that seemed to support Gov. Rauner’s remark on the difficulty of retaining workers in Champaign-Urbana. Thompson said the presence of the University of Illinois in C-U gave Earthsense access to some of the best and the brightest minds. However, he said, “we’ve been seeing a lot of trends of getting students, but after they graduate, they want to go on to Chicago, San Francisco, places like that.”

Research Park Director Laura Frerichs says her message for both Rauner and Pritzker is that Champaign-Urbana has a business sector that is thriving and growing.

“That we can grow jobs as a major economic driver,” said Frerichs. “And that we’re doing so because we have tech talent that wants to work in Champaign, chooses to build their life here, around smart other engineers and inventors.”

Frerichs says Champaign-Urbana could grow even more with a little more attention from state government. She says the area could use some help in improving passenger rail service, with more scheduled trains from Amtrak and fewer delays because of schedule conflicts with Canadian National freight trains. Frerichs also wants a new more advanced facility for the Research Park’s high-tech business incubator. 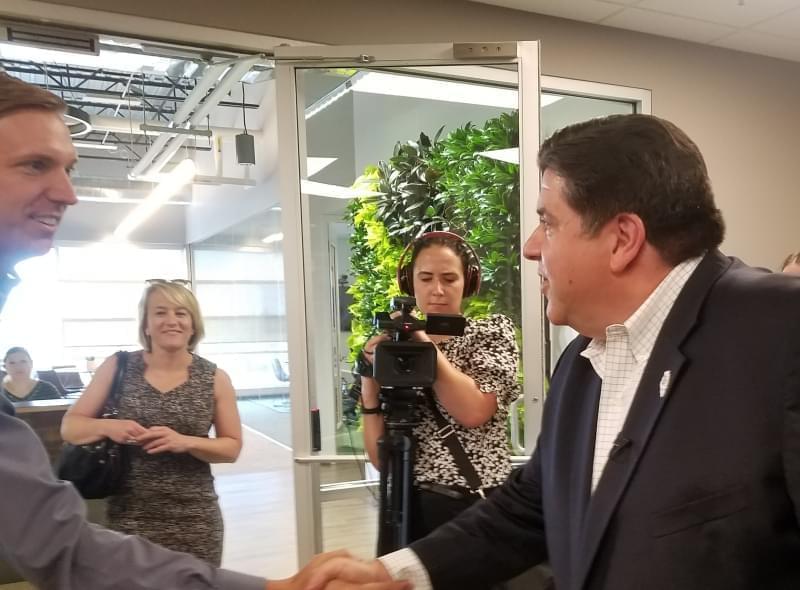 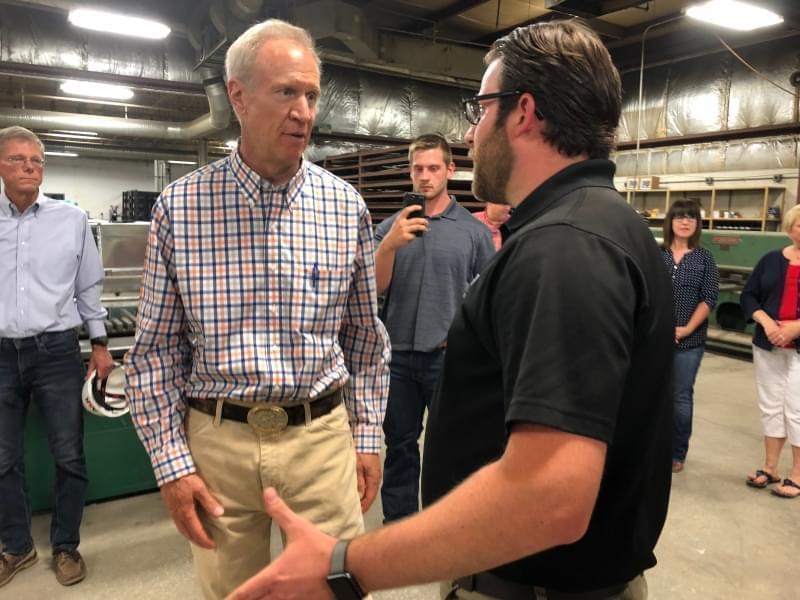 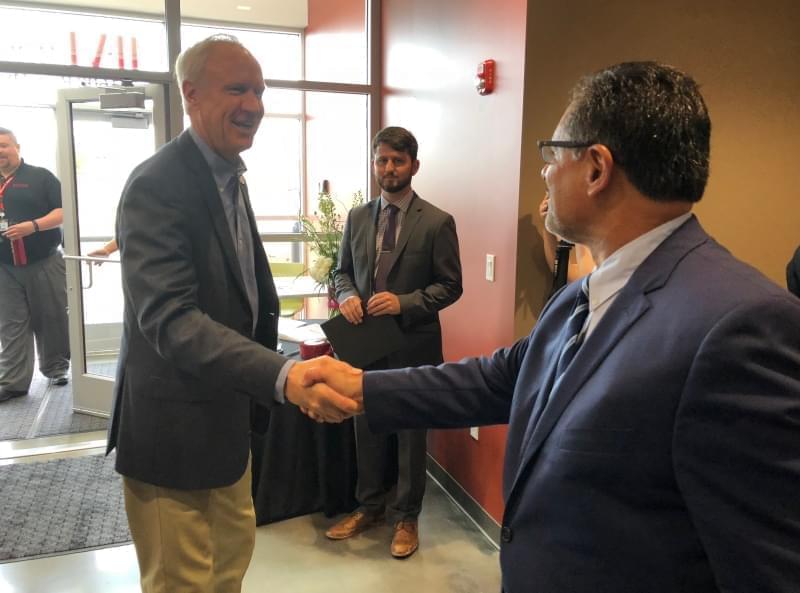