Russian soldiers have not occupied government buildings and surrounded Ukrainian military bases on the Crimean Peninsula, Russian President Vladimir Putin insisted Tuesday during a news conference near Moscow at which he gave an account of recent events that contradicts reports from the ground.

Instead, he told reporters that the heavily armed men are "local self-defense forces."

What's more, anything Russia has done, Putin said without offering specifics, has been part of a "humanitarian mission" to protect ethnic Russians in Crimea.

But even as he said no Russian troops have been involved in the latest events in Crimea, Putin drew comparisons that would seem to indicate they had been. "Our actions are often described by the West as not legitimate, but look at U.S. operations in Afghanistan, Iraq and Libya," he said, according to a BBC translation of his comments. "Our actions are legitimate from the point of view of international law, because Ukraine's legitimate president asked us for help. ... Defending these people is in our interests. ... We do not want to 'enslave' anyone."

Putin made the claims about a lack of involvement by Russian forces even though Russian military helicopters have been seen in the skies over Crimea, Russian trucks have been seen moving the armed men to key locations, and the soldiers in unmarked uniforms speak Russian and in some cases have told reporters and local residents that they are members of the Russian military.

The Guardian, BBC News and Reuters live-blogged as Putin spoke. Among the highlights:

— Is Putin concerned about a war breaking out? "No, because we will not go to war with the Ukrainian people." (The Guardian)

— Does he think ousted Ukrainian President Viktor Yanukovych, who fled to Russia last week, has a political future? No, "and I have told this to him. ... He would have been killed in Ukraine had we not helped him." (BBC News)

— Sanctions against Russia would make matters worse. "All threats against Russia are counterproductive and harmful," Putin said, while adding that Russia is ready to host the G-8 summit in June — but if Western leaders do not want to come, "they don't need to." (Reuters)

— Russia is not going to try to annex Crimea, Putin said. (BBC News)

The Russian leader's news conference followed word from Moscow that "tens of thousands of Russian troops participating in military exercises near Ukraine's border" are returning to their bases.

That's being taken "generally as a good sign," NPR's Peter Kenyon, who is in Crimea, said on Morning Edition.

There was also no "military storm" — a rumored attack by Russian forces — Tuesday morning.

But the rumors about a possible Russian attack had been debunked earlier. As for the order for troops taking part in exercises on the Russian side of the border with Ukraine to return to their bases, New York Times correspondent Steven Lee Myers pointed out on Morning Edition that those exercises had already been scheduled to end today.

Meanwhile, U.S. Secretary of State John Kerry is in Kiev today for talks with officials from the interim government that replaced the Yanukovych regime. He arrives, the White House says in a statement released early Tuesday, with the news that the Obama administration "is working with Congress and the government of Ukraine to provide $1 billion in loan guarantees aimed at helping insulate vulnerable Ukrainians from the effects of reduced energy subsidies."

Although the situation in Crimea has been tense since the armed men showed up Friday to surround military bases and take over some strategic locations, there has been no serious violence. Ukrainian forces have stayed in their barracks. The only confrontation reported so far came Tuesday, when some of the armed men fired warning shots in the air after Ukrainian military personnel — who weren't armed — tried to enter an airfield that has been taken over.

We've previously summed up what sparked months of protest in Kiev and ultimately led to Yanukovych's dismissal last month:

"The protests were sparked in part by the president's rejection of a pending trade treaty with the European Union and his embrace of more aid from Russia. Protesters were also drawn into the streets to demonstrate against government corruption." 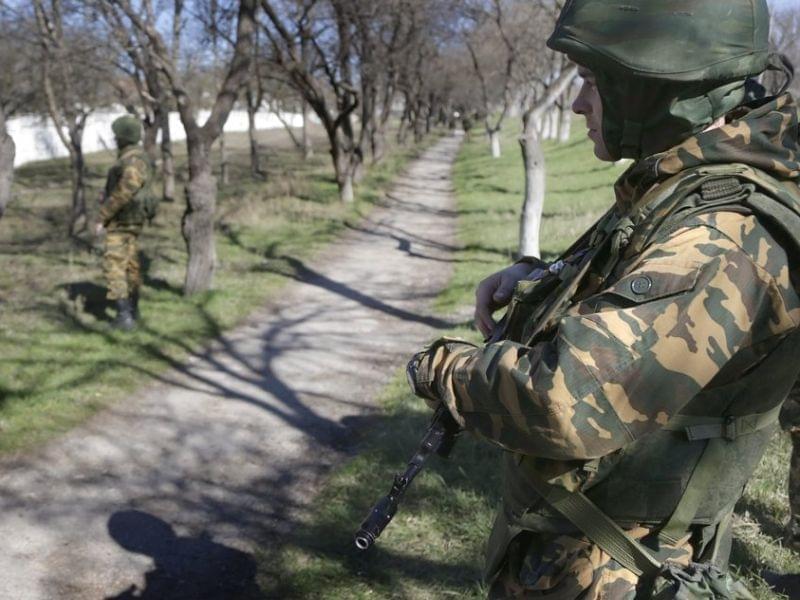 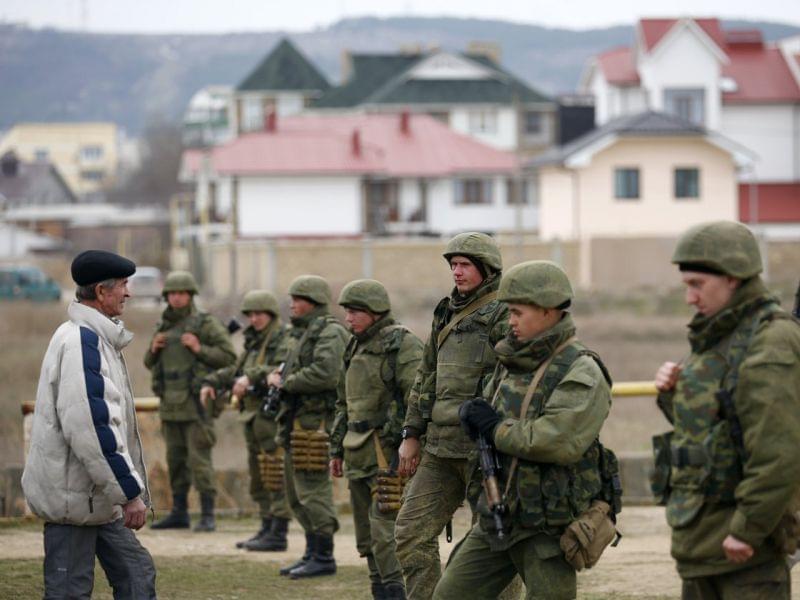