A member of the University of Illinois' track and road racing team is gearing up to race again after competiitng in the Boston Marathon.

Amanda McGrory, 26, came in third place in the Boston Marathon women's wheelchair division. But elation gave way to sadness when the blasts went off shortly thereafter. Now McGrory is in London to compete in Sunday's marathon. She talks to NPR's Jacki Lyden about how it feels so race again so soon after the terror.

Amanda McGrory knows what it's like to have your whole life change in an instant. When she was just 5 years old, she came down with a rare disease that damaged her spine. One morning, she woke up and could no longer stand, paralyzed from the waist down. Amanda adapted to life in a wheelchair. She turned to sports, and today at age 26 is a world-class wheelchair athlete. She's in London now, ready to race in tomorrow's marathon. Just a few days ago, though, she came in third at the Boston Marathon's women's wheelchair division, blissfully unaware of the tragedy that would soon unfold.

AMANDA MCGRORY: Last Monday was an absolutely gorgeous day in Boston. I'd had a little bit of bad luck there in the past. It tends to be cold and rainy absolutely every time I do that race, so I was pretty excited that it was cool and clear. Things started off for me fantastically. Unfortunately, I had a bit of a crash at the 5K mark and came out of my chair, slid across the road and got dropped by the lead pack of women. But luckily enough, I was able to chase back to them, make up some time and finish third in the end.

LYDEN: And then these feelings of elation after this hard-earned achievement, then come the bombs. What were your thoughts then?

MCGRORY: The bombing came to all of us as quite a shock. We finished quite a few hours before that and were already back in our hotel room, and I started receiving text messages from friends and family members asking if I was okay and what was going on. And because I'd had the crash during the race, I assumed that they all heard about that and were asking about me.

So being completely naive, I was writing back to everyone saying, oh, I'm just a little scratched up, everything is fine. And it wasn't until about 20 minutes later that we received a call with someone telling us to turn the TV, that there'd been an explosion at the finish line. And as soon as I heard that, my heart just sank.

LYDEN: Now, you and four other paralympians are in London to race once more. I'm just wondering, how do you feel about competing so soon after the event in Boston?

MCGRORY: Watching the response of the people in Boston after the bombings made me really proud to be a member of the marathon, running community. To watch everyone come together to help the people at the finish line and to carry on was an amazing experience. Living in fear is a terrible thing. And the best way to fight against this terrible attack, I think, is to carry on and continue running marathons and keep doing what we love.

LYDEN: Now, a number of people have lost limbs. They will be relying on wheelchairs and prosthetics. I understand that you and your fellow racers have talked about using your experiences to help make people make this transition.

MCGRORY: The transition from being an able-bodied person to a wheelchair user and amputee is always difficult. It's a long, long road paved with many obstacles. And while it's not something that a newly injured person wants to hear right away, I think that it is definitely helpful. It was incredibly helpful for me at some point after my injury to meet other people and learn that there were still things that I could do: I could still be an athlete, I could still go to school, I could still have a job, still have a family. And I think that I would love to help those people.

LYDEN: So you are racing tomorrow, and I'm sure that you're going to be in the athlete's frame of mind - I want to win - but anything else that's going to be on your mind?

MCGRORY: I'll definitely be racing for those in Boston. One of my teammates, I think, said it best, that she was just blown away by the irony of everything, that we're at this wonderful event celebrating being alive, and it's so positive, and there's such a fantastic energy surrounding it. And for it to change so quickly into an event where people are losing their lives is just terrible.

LYDEN: Perhaps at the marathon, some of the fervor about it being positive and about it being the best of what people can do is something you can help achieve part of that mood and momentum again.

MCGRORY: Running a marathon is a huge, huge accomplishment. It's a great test of the limits of the human body. And I hope that all the positivity and all of that great energy comes out again on Sunday.

LYDEN: That's Amanda McGrory. She's a part of the University of Illinois track and road racing team. And, Amanda, good luck. Thanks for speaking to us from London.

MCGRORY: No problem. Thank you so much for having me. 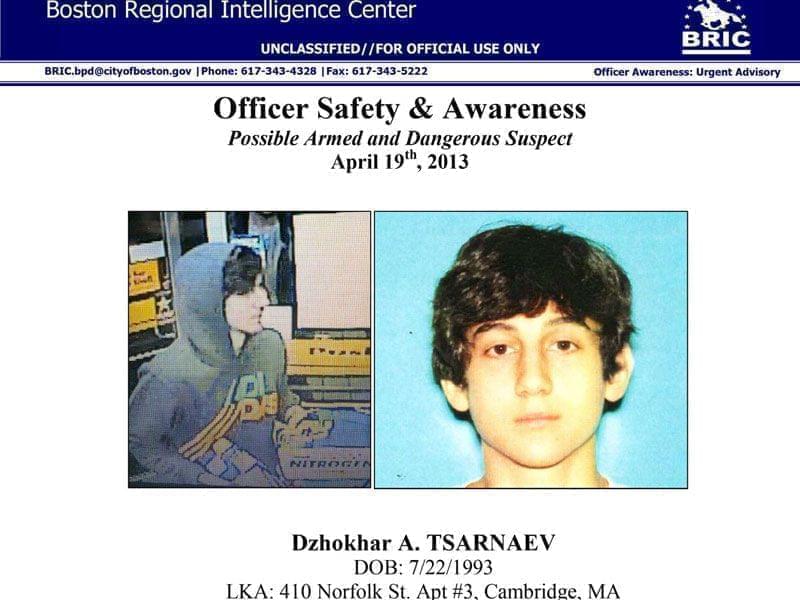