Reaction to George Zimmerman’s not guilty verdict in the shooting death of Trayvon Martin has sparked outrage and disappointment, with demonstrations across the country.

More than a hundred people showed up to a rally Sunday night at Douglass Park in Champaign.

Coincidently, Sunday would have been Carrington’s 19th birthday.

Ammons said violence against youth must come to an end.

“There’s a reality for us that hits home in ways that it may not hit home for everybody else,” he said. “We understand that we are all human beings and we have some empathy – mothers and fathers who have lost their sons. I feel like a lost my son when Trayvon was killed and when Kiwane was killed.”

“I absolutely have no more space in my heart for children to be – especially black boys – to be sent home in body bags,” he added.

LaToya Gwin of Champaign said when she heard about the Zimmerman verdict on Saturday night, she felt her “heart sink.”

Shawmika Lucks of Champaign said she feels sickened whenever she turns on the news, and hears more stories about violence against African American youth.

“Every time I turn on the TV or read a paper, there’s someone who looks like me and is dead, but nobody cares,” she said. “Why is that? Can someone explain that to me?”

For many, the Trayvon Martin case is symbolic of lingering racism in the United States.

“We have to look at each other’s faces, and we got to keep finding ways to be outraged, to have more of us speak against the injustice than to have people co-sign that it’s perfectly fine,” Safiya Noble said. “We have to have more people say that to critique racism is not to be racist.”

Erik McDuffie of Urbana talked to his four-year-old son and nine-year-old daughter about the Zimmerman verdict.

McDuffie’s daughter, Amaya, is still trying to understand why George Zimmerman is not behind bars. She said as a black girl, she worries about the challenges she may face because of her race.

"Now my brother is seen as really cute and nice, but in a couple of years, he's going to be seen as a crminal because of his skin color...I don't know why people of color are seen as dangerous," Amaya told a crowd at the rally.

“Right now, I walk up to people and they’re really friendly to me, but unless something happens in the next couple of years, I think that I despise my future,” she later said.

The Champaign County NAACP wants the Justice Department to file civil rights charges against George Zimmerman, which the agency said it is exploring.

Meanwhile, there was a large demonstration in downtown Chicago that attracted about 200 people.

Maya Miller, 77, said the Trayvon Martin case reminds her of the 1955 slaying of Emmitt Till, a 14-year-old from Chicago who was murdered by a group of white men while visiting Mississippi. Till's killing galvanized the civil rights movement.

The Rev. Jesse Jackson Jr. of the Rainbow Push Coalition said the legal system “failed justice” by allowing Zimmerman to go free, but Jackson stated that violence is not the answer.

Illinois Gov. Pat Quinn, who spoke to congregants at a suburban Chicago church, said hearts are broken after the death of Martin.

Quinn did not directly mention George Zimmerman, but he said a young man lost his life to gun violence.

The governor has spent several Sundays talking about violence in the Chicago area. He has previously pushed for an assault weapons ban and wanted stricter rules for Illinois' new concealed carry law.

In a statement, President Barack Obama said the death of Trayvon Martin was a tragedy for America.

Obama said Americans should ask themselves if they're doing all they can to stem gun violence, and what can be done to prevent future tragedies like the Florida shooting.

"As citizens, that’s a job for all of us," Obama said. "That’s the way to honor Trayvon Martin." 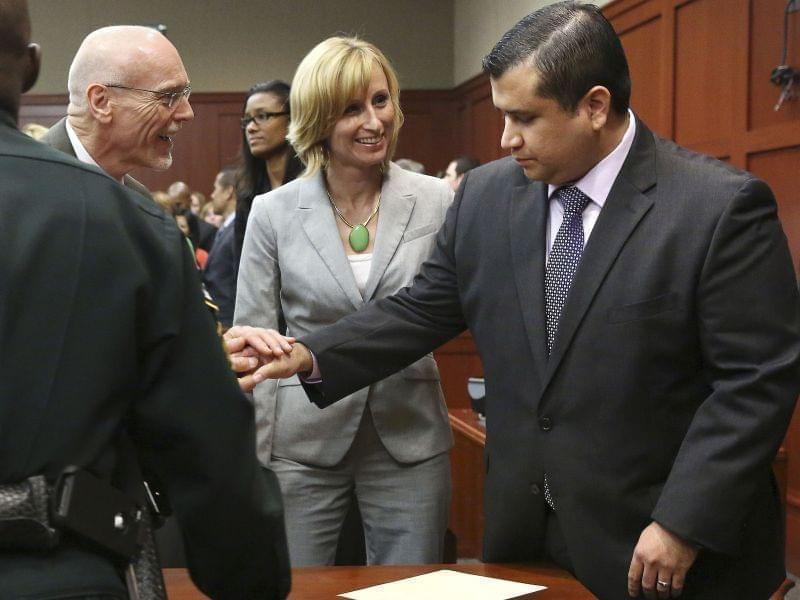