This is the final week of operations for the Chanute Air Museum in Rantoul.  The aviation museum on the grounds of the former Chanute Air Force Base announced earlier this year it was closing for financial reasons, but that date was moved up since some exhibits are already being relocated.

Thursday's first-time visitors included Larry Summer of Normal, who was hoping to re-discover his roots. The museum is located in Grissom Hall, the old missle maintenance training building at the Chanute Air Force Base, where Larry's late father was stationed.  Larry was born at the base hospital.

"I have his uniform at home," he said.  "And I’ve seen duplicates of it here.  And then seeing how big it was when it was first here, and then – to see how the buildings now are just crumbling, falling apart.  I mean this is the history of the Air Force – and we’ve kinda just let it go.”

Denise Neilsen was visiting from Virginia.  Her father was stationed at Chanute in the early 60’s. Denise grew up in Rantoul, but like other military families, also moved around a bit.

“And I’ll say – 'that looks like a military building!' - just from having lived on different bases, including Chanute, with all the old, wooden barracks buildings, and one level buildings, and here at Chanute, they had all these old, wonderful brick buildings," Neilsen said.  "It’s very sad to see them coming down.”

“There’s not really going to be much left for people to see toward the end of the year," he said.  "So staying open was just kind of a losing proposition.  It would cost us to pay staff, to charge people admission for not much to see.  It winds up being a money sink rather than helping us go further.”

Hanson says there’s been a nice turnout at the Chanute Air Museum of late, but he says that’s solely tied to news of the impending closure.

The museum’s airplanes are headed to military museums outside of Illinois, including sites in Michigan, Tennessee, Edwards Air Force Base in California, and possibly the St. Louis area.

But Hanson says he's working with the Rantoul Historical Society to move some of their other collections to nearby institutions, like the Urbana Free Library and Museum of the Grand Prairie in Mahomet.

The last day of operations for the Chanute Air Museum is this Saturday. It’ll be open from 10 a.m. to 5 p.m. 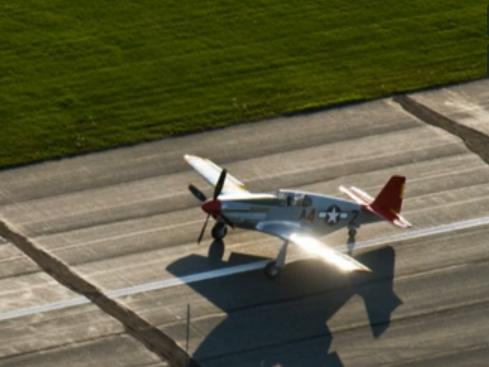 EYE OF THE STORM: CHANUTE CLOSES