The Rantoul Police Department is in the process of equipping all 23 of its uniformed officers with body-cameras.

Rantoul Police Chief Paul Farber says studies of the use of body-cams by other police departments show a decrease in complaints against officers and incidents where officers used force.

In Rantoul, the department spent about three years investigating the body-cameras, their legal ramifications and devising rules for using them.

Those rules set specific incidents for when body-cameras will be used, such as traffic stops, police pursuits, any arrests, and incidents that could be adversarial.

Officers are required to inform people when the cameras are turned on, and have the discretion to turn them off if they think it’s interfering with a case.

“There may be certain instances where we would not want recordings”, said Rantoul Police Lt. Jeff Wooten, who has helped coordinate the department’s rollout of the body-cams. “You know, certain persons in distress, someone that was not clothed properly, locker rooms, restrooms, things like that. There may be occasions where we have a lawful authority to be in a specific location, but it may not be prudent to record.”

Privacy is also a legal consideration with the body-cams. Chief Farber says they consulted with the Champaign County state's attorney's office in devising rules for using the cameras. They also sought an exemption to Illinois' eavesdropping law to allow certain circumstances for using the cameras. But Farber says that issue is currently moot because the law is no longer enforced after Illinois Supreme Court ruled it unconstitutional.

Lt. Wooten says the there are also rules for how long the body-cam videos will be kept. Videos that are not needed for evidence will be deleted automatically after a period of time determined by the type of case: for instance, 90 days for a traffic citation. Video used as evidence or in a continuing investigation will be manually deleted once the case is concluded.

Sgt. Marcus Beach is among a handful of Rantoul uniformed police testing out body-cams in recent weeks. The devices can be mounted on the side of the color, or on sunglasses. Beach says the body-cams have gotten a good reception from the public.

“I can say overwhelmingly when I have worn this, I have yet to have anybody request that I stop recording”, said Beach. “In fact, other have thanked me for recording the conversation. And they’re happy to see that we have this technology available.”

The body-cams will eventually replace the dash-cams mounted in Rantoul Police cars. Lt. Wooten says the department had "invested heavily" in the dash cams, but can't afford to maintain both sets of cameras, so the dash-cams will not be replaced as they age. The anonymous donor paying for the body-cams had specifically requested that type of technology.

The body-cams chosen by the Rantoul Police Department are AXON Flex cameras made by TASER International. Chief Farber says the cameras are able to preserve silent video for 30 seconds prior to being activated.  TASER’s website says this feature, called full shift video buffering, allows police to “retrieve the events leading up to the event”.

Rantoul is the first police department to use body-cams in Champaign County, but Chief Farber says he expects other local departments to join them soon. Nearby, the Piatt County Sheriff’s Department has already equipped its deputies with body-cams, and the devices are being tested by Danville Police. 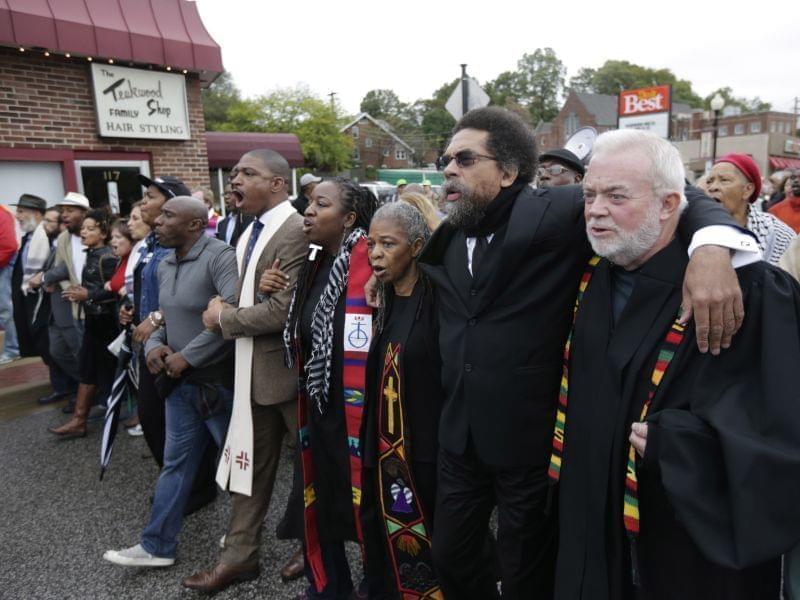