On a four to two vote, the Rantoul Village Board said “no” Tuesday night to businesses that sell, grow or process marijuana.

Recreational marijuana becomes legal in Illinois, including Rantoul, on January 1st. Residents in the state will be able to legally possess and use small amounts of cannabis. But local governments can decide if they want to permit or prohibit cannabis-related businesses from operating within their borders. Rantoul trustees decided on prohibition.

Supporters of the ban include village trustee and Baptist church pastor Mark Wilkerson. At Tuesday night’s village board meeting, he said that he was well aware that marijuana was available and used by many people in Rantoul. But when counseling families in crisis, he said he had never heard anyone say that they wished their parents drank or used marijuana.

“And to make it OK and for us to say it’s legitimate and say it’s a good thing for a village, good thing for families, I think is erroneous,” said Wilkerson. “You can say I’m being closed-minded, whatever. I think I’m just looking at reality, and what this does to the families in situations that I’ve seen.”

Trustee Terry Workman said he supported the ban as a way to uphold a family-friendly image for Rantoul. The village board recently approved construction of a sport complex, with hopes of attracting athletes and their families from the surrounding region.

Trustee Hank Gamel, who voted against the ban, said he appreciated Workman’s concern for Rantoul’s image. But he questioned the wisdom of banning marijuana businesses, once recreational cannabis becomes legal throughout Illinois --- including Rantoul.

“After January 1, it will be legal, up to the authorized amount,” said Gamel. “Do we want to say, keep that stuff out of Rantoul, when it’s a perfectly law-abiding citizen that will, after January First, have a right to do so?”

Trustee Sam Hall also voted against the ban, noting both public comment that largely supported the keeping cannabis businesses out of Rantoul, while noting what he called the “realities” of the matter.

Businesses have expressed interest in opening recreational cannabis dispensaries near Rantoul, in Champaign, Urbana and Danville.  But the state of Illinois is not expected to make a cannabis business license available to Rantoul for a year or two, at least. 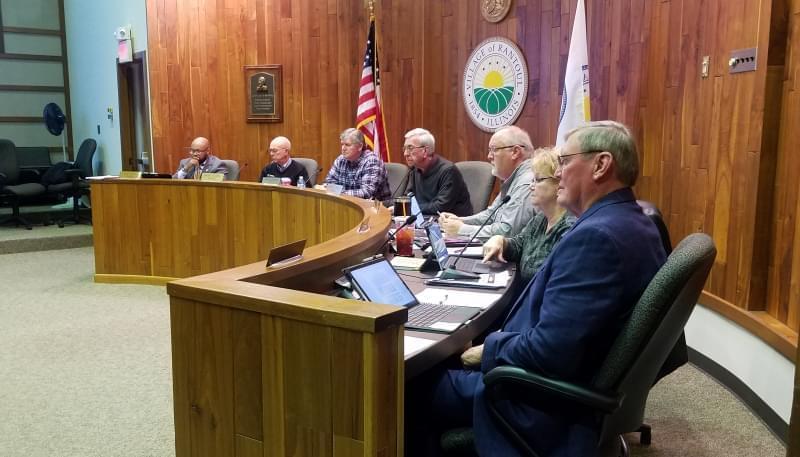