Governor Bruce Rauner took to the campaign trail Monday, visiting businesses in Decatur and Champaign that he says he’ll help, if the voters give him four more years in office.

In the morning, Rauner visited the Decatur headquarters of T/CCI Manufacturing, a compressor technology company with facilities on four continents. And during the noon hour, the governor took a tour of Champaign’s Pavlov Media, an internet service company focusing on multi-dwelling units in more than 40 states.

Speaking to Pavlov employees, the governor noted what CEO Mark Scifres had told him about the local drainage districts — or “ditch commissions” — which the company works with when laying fibre-optic cable in rural areas.

“Ditch commissions, this is typical for Illinois,” said Rauner. “We’ve got hundreds of thousands of units of government, and it takes forever to get a decision or move the process along. Well we have that in Illinois. We have more units of government than any state in America.”

Reducing the number of local governmental units in Illinois is part of Gov. Rauner’s plan to streamline local government to reduce red-tape. It is one plank in Rauner’s re-election platform, along with freezing property taxes, instituting term limits and rolling back the state income tax increase legislators passed last summer.

Legislative redistricting, which Rauner supported during his first term, is not mentioned in the governor’s re-election campaign materials. The Illinois Supreme Court overruled an effort last year to get an redistricting commission amendment on the ballot ---- declaring that only the General Assembly could make that decision.

But the governor made it clear he still supports redistricting reform during his Champaign appearance. Rauner laughed off a reporter’s question on whether he’d recuse himself from redistricting, if elected to a second term.

Rauner says as long as redistricting is a partisan process in Illinois, he needs to be involved, if re-elected governor in 2018. Rauner says he wants to counteract the influence of Illinois House Speaker Michael Madigan, when Illinois’ legislative map is redrawn, following the 2020 census.

“I will definitely be in the process,” said Rauner. “In fact, one of the reasons I’m asking voters to help me get re-elected, is because I need to be in the negotiation with Speaker Madigan and his machine, so we have bipartisan map-drawing, not one party drawing the process.”

Instead of redistricting reform, Governor Rauner’s re-election materials focus on other government reform proposals. In addition to term limits for legislators, Rauner also supports legislation to mandate a waiting time for former legislators who become lobbyists. He also supports public disclosures on legislative earmarks, and requiring that the legislative inspector general position be filled at all times. The post was vacant from 2014 until very recently, when lawmakers approved an eight-month appointment to the post for Julie Porter, following sexual harassment charges made against state Senator Ira Silverstein. 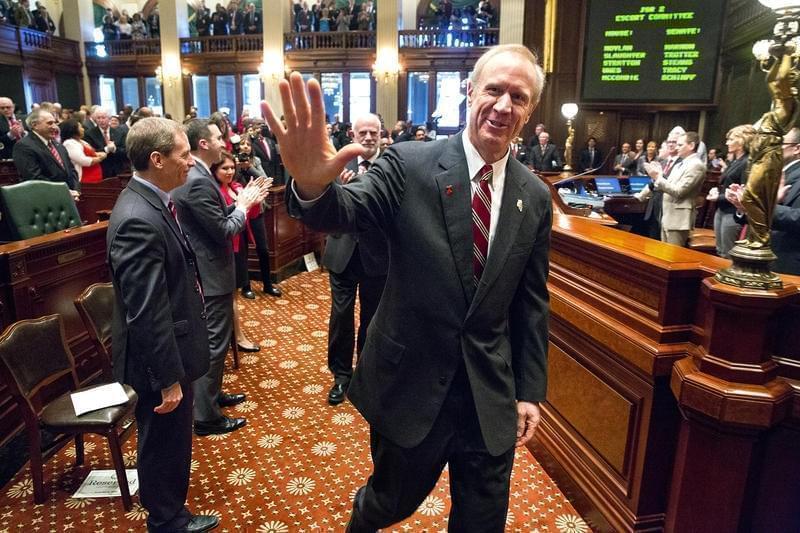 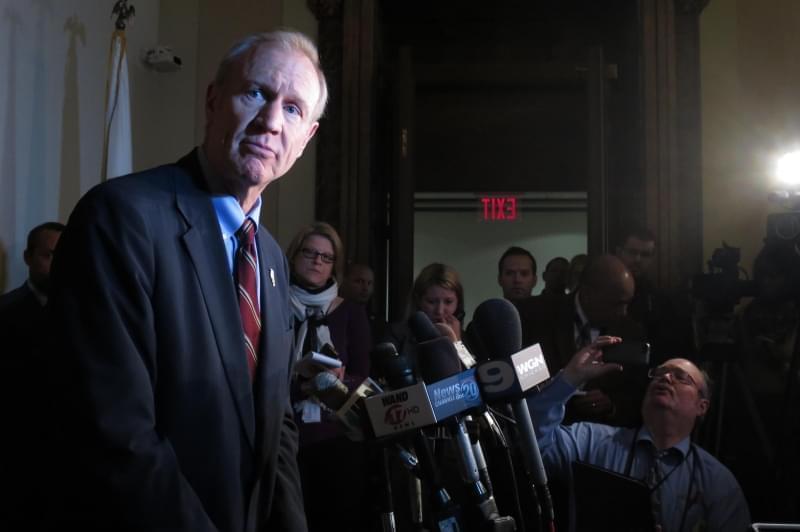