Champaign County Clerk Gordy Hulten says voter turnout for Tuesday’s presidential primary was nearly twice what it was in 2008.  He estimates a record 60,000 voters, due in part to tight presidential races in both parties.

Hulten also says a new state same day registration law made for some long lines, particularly at polling sites at the University of Illinois.

But he says those taking advantage were gracious, knowing it might take some time.

“I don’t think anybody anticipated a 60,000-vote election for a primary, 50-percent higher than the record turnout we’ve ever seen in Champaign County," he said.  "So you combine incredible, record-breaking turnout with a brand new law that’s in place for the first time, and election judges who are using these procedures for the first time.  Absolutely we had some lines.”

All voters that were in line by the time polls closed at 7 p.m. could cast a ballot. One site still had about 200 voters in line at that time.  Hulten says the last voter through at one U of I polling site was processed at 8:45.

Adding to delays, phones were out at the Brookens Administrative Center most of the day, meaning staff had to come to his office and could not reach staff if more ballots were needed.

Hulten says the wait time should serve as a reminder for people to vote early, or by mail.  Hulten says his staff will re-evaluate the voting process as his staff looks to November.

He says state legislators are constantly changing the laws, creating challenges for his staff, and the election judges they bring in.

Hulten says his office will continue to emphasize early voting, and voting by mail. 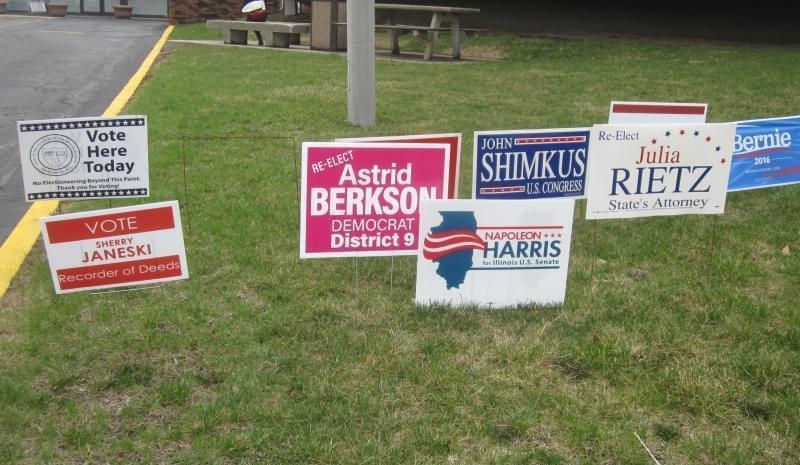 Preparing for the Illinios Primary, a Conversation with the Champaign County Clerk