U.S. Rep. Rodney Davis dug in Monday night as he again attacked the impeachment inquiry and called on Democratic House Speaker Nancy Pelosi to bring a free trade agreement to a vote.

Appearing at an Open Government Night in Normal, Davis said he feared Pelosi would “break her promise” to call the U.S.-Mexico-Canada trade agreement (USMCA) for a vote this year. His comments came after Pelosi recently raised concerns about the deal, which she said “still left American workers exposed to losing their jobs to Mexico, included unacceptable provisions to lock in high prescription drug prices, and fell short of key environmental standards.” But on Monday she said House Democrats were back “within range” of an agreement they can support.

Davis, a Taylorville Republican, tied the USMCA to his oft-repeated concern that the impeachment inquiry will make it harder to get other things done in Washington.

“If Nancy Pelosi wanted to show the world we could walk and chew gum in Washington, D.C., at the same time during an impeachment, put the USMCA on the floor and it would overwhelmingly pass in a bipartisan fashion and sail through the Senate and get to the president’s desk,” Davis said.

The USMCA replaces the North American Free Trade Agreement, which had created a free trade zone between the three countries back in 1994. USMCA requires congressional approval before taking effect.

Davis said approving the USMCA would also bolster the U.S. negotiating position in a separate trade dispute with China that has cut off a major buyer for Illinois farmers.

“The good news, I think there’s light at the end of the tunnel,” Davis said. “But every day we don’t have the USMCA on the floor of the House, is a day that China has leverage over the U.S. in any negotiation.”

The crowd at Davis’ Open Government Night interrupted him repeatedly as he answered questions about climate change, gun violence, health care, and other issues. At one point, as Davis answered a question about bipartisan civility in politics, an attendee approached the stage and left a $20 bill, suggesting politicians only care about “money and power.”

Davis, whose 13th Congressional District is again considered a top target for Democrats in 2020, was equally punchy. He accused some in the crowd of being “politically intoxicated” and referred to Democrats 27 different times during the 90-minute event.

“Go ahead and take that ($20 bill) to my opponent. She outraised me during the last campaign. So she’ll go ahead and take your money,” Davis said, referring to his 2018 Democratic challenger Betsy Dirksen Londrigan, who filed petitions yesterday for another run in 2020.

The first few questions for Davis related to the impeachment inquiry, included last week’s three days of public testimony. Davis stuck by his previous comments that he doesn’t think Trump’s conduct with the Ukrainian president was a criminal or impeachable offense.

Davis said he thinks the House will impeach Trump.

“We’re going down a very dangerous path for future generations, who will see partisan impeachment inquiries whenever you have a White House held by a different party than the House of Representatives,” Davis said. “That’s not what impeachment was put in place for by our forefathers.” 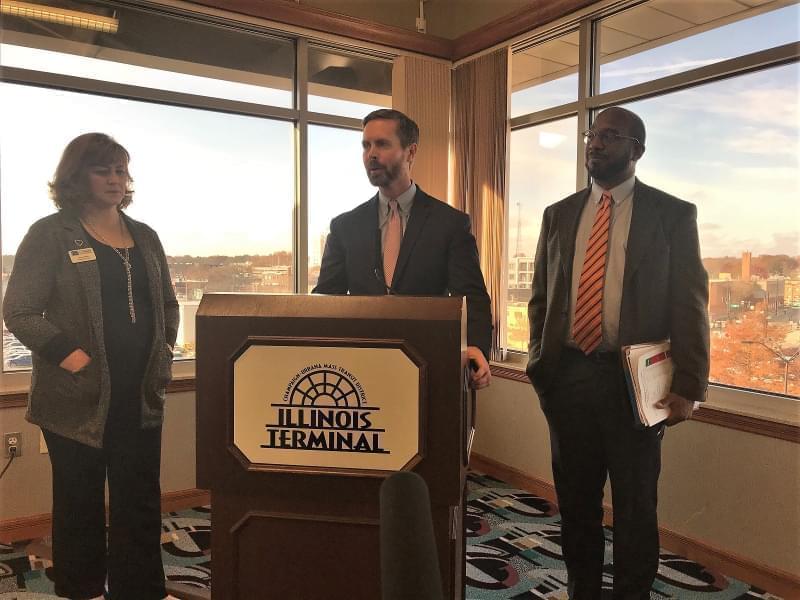 Everyone Agrees Amtrak’s On-Time Performance Is A Problem, But Not On How To Fix It 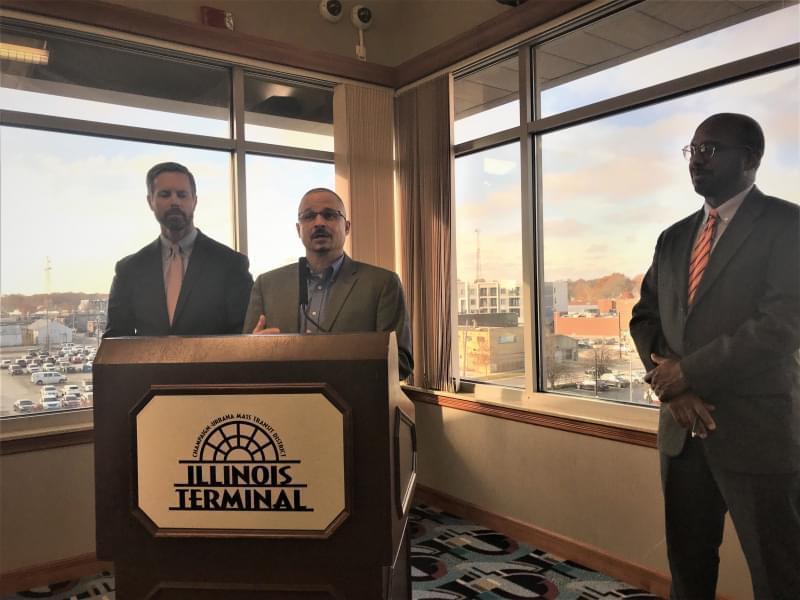