State Rep. Naomi Jakobsson (D-Urbana) says she will not run for re-election.

Jakobsson has served in the Illinois General Assembly for the last decade, and she said she has a good reason for wanting to leave public office.

“I know this sounds like a cliché because a lot of people say it, but I really do want to have more time with family,” she said, adding that she has eight children and 12 grandchildren. "It was absolutely a tough decision."

Jakobsson’s term ends in January 2015, and she said she still has a lot of work ahead of her. Among the things she wants to accomplish, she is pushing for a graduated income tax, and the removal a hospital’s tax exemption status in cities “disproportionately impacted” by the loss of tax revenue.

Her district includes the University of Illinois, and she chairs the higher education committee.

It is unclear who will jump into the race to replace her, but she is already backing one possible candidate – her political director, Michael Richards, 34. He has also served on the Champaign County Board since 2007.

“I can’t think of anything better than going to Springfield to fight for the interests of Champaign-Urbana. We have some big shoes to fill,” Richards said. “Whoever represents our interests in Springfield needs to get the word across that we don’t need to be balancing the budget on the backs of state and university employees.”

In general, he said he would try to emulate Jakobsson’s voting record. He said he is still exploring a possible run, and plans to spend the next few days talking with family before making up his mind.

Meanwhile, the other Democratic state lawmaker in the Champaign-Urbana area, Sen. Mike Mike Frerichs (D-Champaign), is running for Illinois Treasurer. 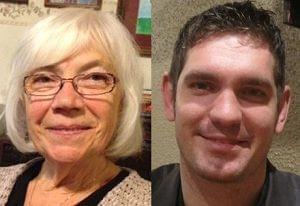