The 108-year-old monument at Lowden State Park in the Ogle County city of Oregon has spent most of the past five years beneath plastic covering to protect it from harsh weather. But workers began erecting scaffolding around the 48-foot-tall statue last Monday in preparation for the repairs.

The Black Hawk Restoration team, an extension of Oregon Together, worked to raise money to repair cracks and other damage to the monument's surface. They also partnered on the project with the Illinois Department of Natural Resources and the Illinois Conservation Foundation.

Roger Cain, an Oregon Together member, said six weeks have been set aside for the repairs, with an extra week for "miscellaneous" work.

State budget troubles delayed a promised $350,000 matching state grant for the repairs, but that funding was finally secured over a year ago. The Black Hawk Restoration team obtained another $225,000 needed for the project.

Fundraising began more than a decade ago by The Friends of the Black Hawk Statue Committee.

Sculptor Lorado Taft (an Illinois native and alumni of Illinois Industrial University, the forerunner of the University of Illinois) created "The Eternal Indian" statue, which is also known as the Rock River Colossus, as a tribute to Native Americans. It was inspired in part by the life of Black Hawk (1767–1838), a leader and warrior of the Sauk.  The statue was dedicated in 1911 and was listed on the National Register of Historic Places in 2009. 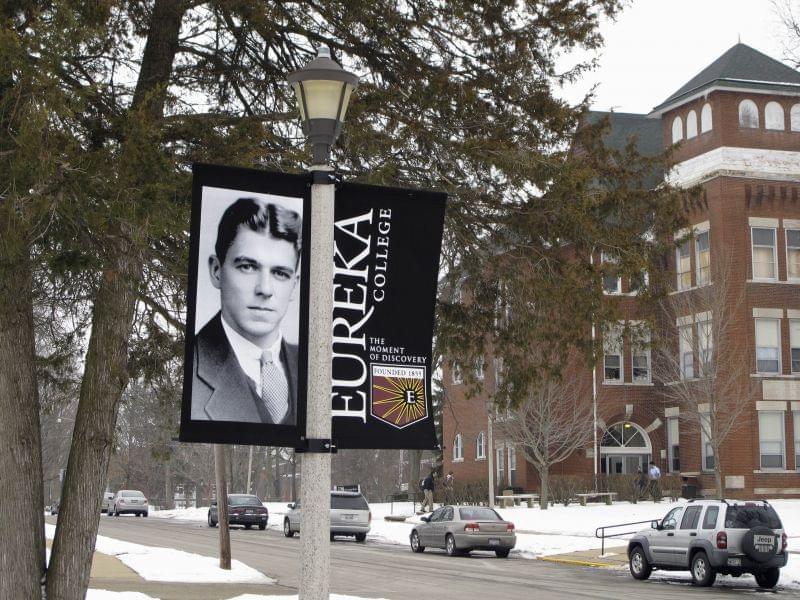 U of I Cancels Plans For Ikenberry Statue