The Champaign area’s roller derby team has secured a downtown site for its future events.  Jamie Kozma with the Twin City Derby Girls says work is underway to renovate the former McKinley YMCA building on Church Street, where it’s secured a 3-year lease, but needs to raise $20-thousand to finish the work.

She says that includes converting the pool space into a roller rink.  That includes filling in the pool site with lumber (2x4's) and using masonite for the surface.

“We have the initial support structure already laid down, and it only took us about two days to do that," Kozma said.  "So we’ve been working very quickly.  We have more lumber being delivered later this week.  We will be getting it built, and plan on having the floor completely laid by time our new skater spring training session starts on February 9th.”

Kozma says there’s also a lot of cleaning and painting before the team’s first bout on March 5.

In the team’s first few years, it’s held smaller events at Skateland in Savoy and league-approved ones at Danville’s Palmer Arena, but Kozma says the Derby Girls have been looking for a more convenient location for some time. 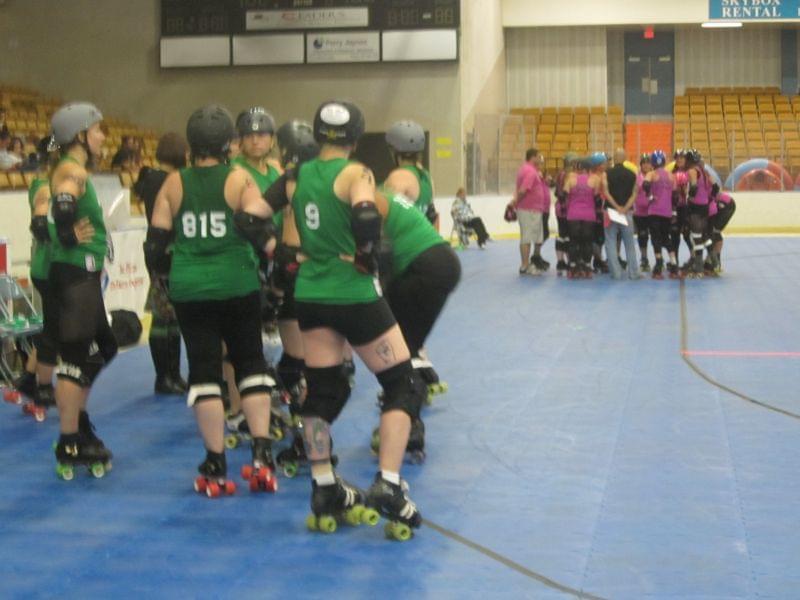 A Roller Derby Revival in Champaign-Urbana