Bruce Rauner's campaign continues to point the finger at Gov. Pat Quinn for a prison early release program in 2009.

The Republican gubernatorial candidate has been running ads slamming Quinn for the early release of inmates from state prisons. Some went on to commit violent crimes, like murder and domestic abuse.

At a campaign stop in Champaign Thursday, Rauner's running mate Evelyn Sanguinetti said the program was a failure on Quinn's public safety record.

Quinn suspended the program within hours of its existence being publicized in 2009, but officials in his administration changed stories on when the governor knew of its existence.

Sanguinetti says Rauner himself doesn't plan on releasing any specific proposals to cut down on crime; she instead deferred to proposals for an improved economy to prevent crime.

"Well, the main solid plan is jobs, jobs, jobs," she said. "Because with a booming economy, I know that a lot of people will not go into a life of crime where there are opportunities to be had in the outside world."

Rauner has stuck to a fiscal platform this election cycle, saying social issues aren't part of his game. When pressed, he's revealed that he doesn't support a ban on assault weapons, but may be open to decriminalizing small amounts of marijuana. 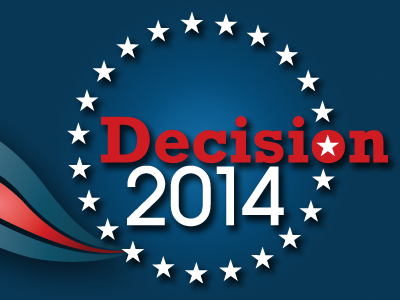 Governor Won’t Say If He Knew of Early Releases