The rate of growth for the Illinois economy is up for the third month in a row, according to the University of Illinois Flash Index.

Any number above 100 on the Flash Index means economic growth in Illinois, and the September reading of 105.2 was the highest since May 2016.

Economist Fred Giertz, who compiles the Flash Index for the U of I Institute of Government and Public Affairs, said it’s a continuation of steady, positive news for Illinois.

“And maybe it’s kind of strange to many people, because all kinds of things seem to be happening in society, politics and international relations and so on,” said Giertz. “But the economy is pretty strong, without regard to all those issues.”

The Flash Index is based on Illinois sales, corporate and individual income tax receipts, all three of which were up in September compared to a year ago.

Giertz says another sign of a strong economy in Illinois is the state’s unemployment rate, which fell to 4.1% in August, matching the February 1999 reading.

“Illinois has the lowest unemployment rate on record, going back thirty years or so,” said Giertz. “And at the same time, our tax revenues are increasing pretty steadily. So it’s not exactly a boom time, but certainly pretty strong economic activity, both nationally and on the state level”.

Giertz says Illinois’ economic growth still lags behind the nation’s, but that the state is making gains. The state’s 4.1% unemployment rate is only slightly above the national unemployment rate of 3.9%. In 2014, the differential was more than a whole percentage point. 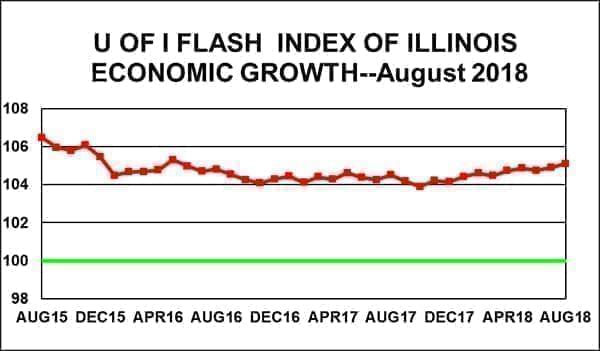 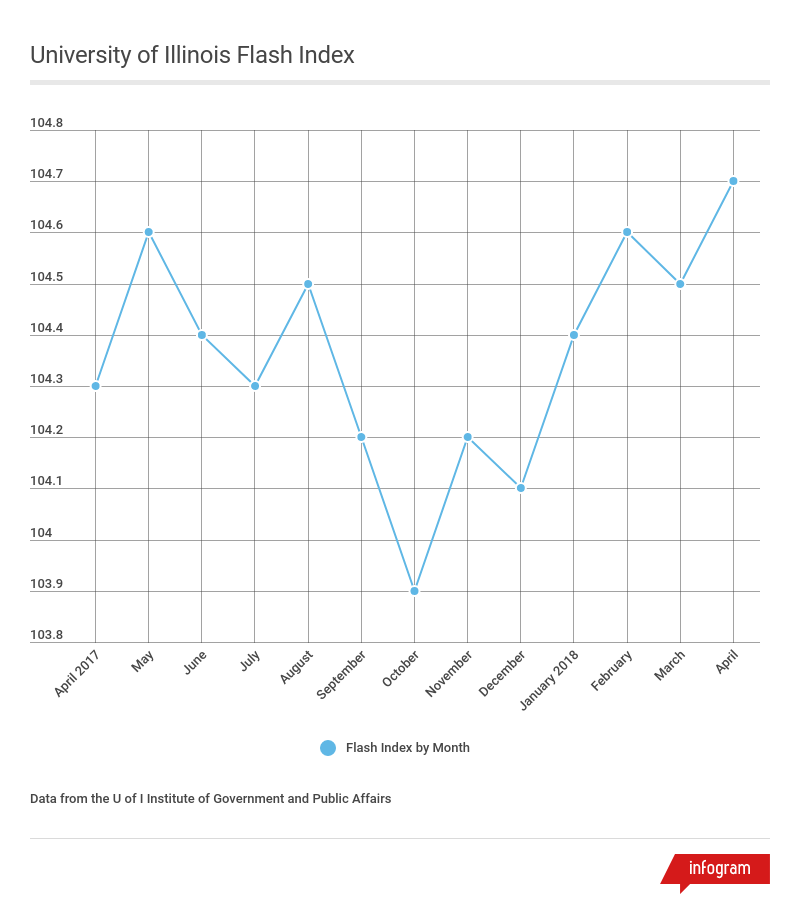