A student entered the cafeteria of a Marysville, Wash., high school and opened fire, killing one, injuring four, before turning the gun on himself, police said on Friday.

Television images showed students running out of Marysville-Pilchuck High School with their hands up, while police moved room to room with guns drawn.

During televised press conferences, Marysville Police Commander Robb Lamoureux said the shooter was a student of the school and he did not know whether the second person killed was a student or a teacher.

Providence Hospital in Everett, Washington said it had received four "young people" at its hospital; three of them are in critical condition.

This is a breaking news story. We'll update once we know more.

Updating reporters, Joanne Roberts, chief medical officer at Providence Hospital in Everett, Wash., said one of the victims brought into the hospital was a 15-year-old boy, who is now out of surgery and will be airlifted to Harborview Medical Center in Seattle for treatment.

Roberts said they are still trying to identify the other two victims at the hospital.

We've not heard word on the condition of the fourth victim, who was transferred from Providence Hospital to Harborview earlier today.

During a press briefing, Joanne Roberts, chief medical officer at Providence Hospital in Everett, Wash., said three of young people taken to the hospital had suffered gunshot wounds to the head.

All three — two young women and one young man — are in critical condition. Another young man, she said, was transferred to another hospital because he sustained a gunshot wound to the jaw and was in good enough condition for the transfer.

She said the patients were young, but she did not know if they were students. 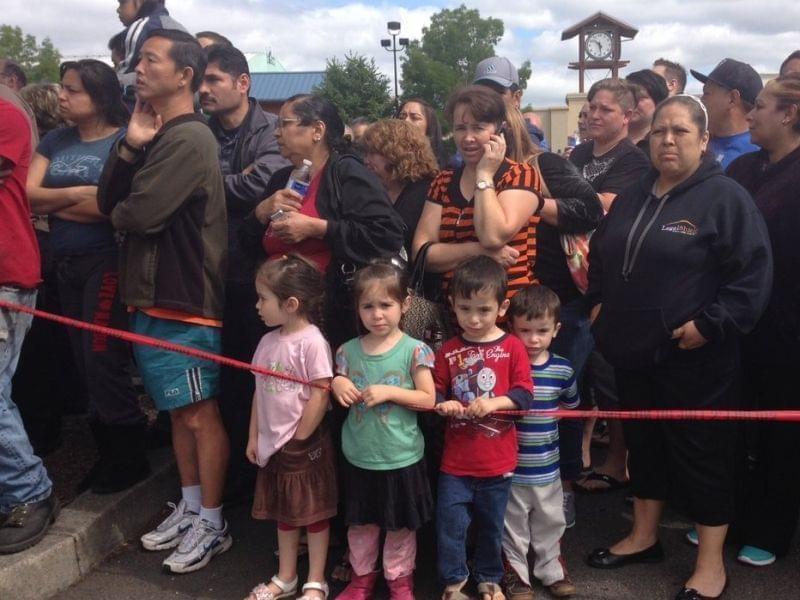 Boy Sentenced to Juvenile Prison for School Shooting in Normal

14-Year Old in Custody After Shots Fired at Normal School