Songs Of The Civil Rights Movement

Macomb-based musician Chris Vallillo does shows featuring the music of the American civil rights movement.  He came up with the concept around the time of the movement’s 50th anniversary.

“The idea was to use the songs as a vehicle to bring that back to the forefront, particularly in light of current political themes and the headlines today,” said Vallillo.

“That was a time of great struggle and hardship and great accomplishment, and that seems to be slipping away in this day and age.”

Vallillo put 11 of the songs on his new album, Oh Freedom! Songs of the Civil Rights Movement.  The multi-instrumentalist is joined on the recording by Grammy nominated percussionist Rocky Maffit.

The release coincides with the annual celebration of Dr. Martin Luther King, Jr. Day in the U.S.

The album is available from Gin Ridge Records.

Vallillo wrote in the liner notes, “The story of the Civil Rights Movement is one of the great stories of heroism and bravery in our nation’s search for freedom and one of our country’s proudest achievements.”

Vallillo said he found “a terrific primary source material” for the music with the 1963 book Sing Freedom.  He said it includes hundreds of songs, which he trimmed down for the show and album.

“I tried to choose some songs that people knew. I tried to look for some songs that were less well known. And I tried to find things that I could put in a cohesive program representative of the time and yet shed some new light into some of the areas musically,” Vallillo said.

We Shall Overcome is possibly the best known song in the collection, while Vallillo said lesser known songs include Halleluia I’m Travelin’ and Birmingham Sunday, which he called “a wonderful statement by art against violence.”

Vallillo is sometimes surprised by the response he gets to the songs.  He said he performed Keep Your Eyes on the Prize last summer at the Traverse City Film Festival in Michigan. Two days later he was stopped on the street by a man who had been in the audience.

“He said they sang that song all through that era and particularly while they were in the jailhouse. And he told me they ultimately desegregated the very jailhouse they’d been thrown into, which I thought was pretty nice.” 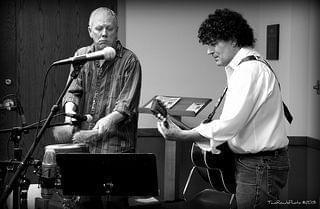