The Illinois Supreme Court Thursday issued an opinion striking down a law that cut civil juries in half. The law would also have hiked juror pay.

When they passed it during veto session in late 2014, legislators argued that having fewer jurors made the higher pay affordable.

That, they said, was good for justice. People may be more willing to serve if they got paid $25 versus as little as $4.

But critics say really, it was a thinly-veiled parting gift to trial lawyers from Democrats while they still controlled the governor's mansion under Gov Pat Quinn.

The measure quickly passed the General Assembly weeks before Republican Gov. Bruce Rauner, who argues the trial bar has too much power and has sought to put limits on lawsuit, took over.

The thought being, that smaller juries are less deliberative, and are prone to paying out higher awards in personal injury cases.

"Usually doctors are on the receiving end of lawsuits involving medical issues," said Doctor Tom Anderson, a neuro-radiologist at the University of Illinois Chicago and president of the Illinois State Medical Society. "They are rarely the plaintiffs. So to the extent that it's// anybody being sued for money under an arrangement would probably prefer a more searching examination of the facts than you're likely to get in a smaller number of jurors."

In its decision, the state's high court says the Illinois constitution protects the right not just to a jury, but to one with 12 members.

The constitutional language passed in 1970 explicitly says "the right of trial by jury as heretofore enjoyed shall remain inviolate.” 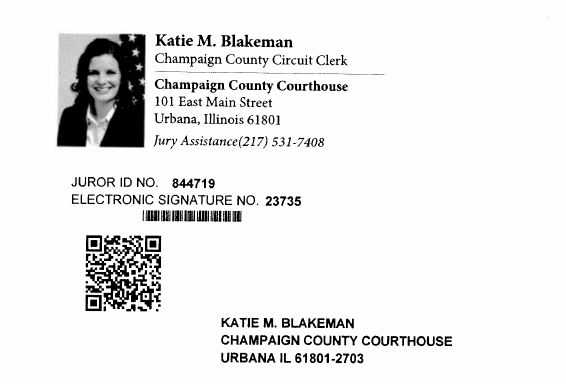 Legislation to Expand Illinois Jury Pools Started Up in Champaign